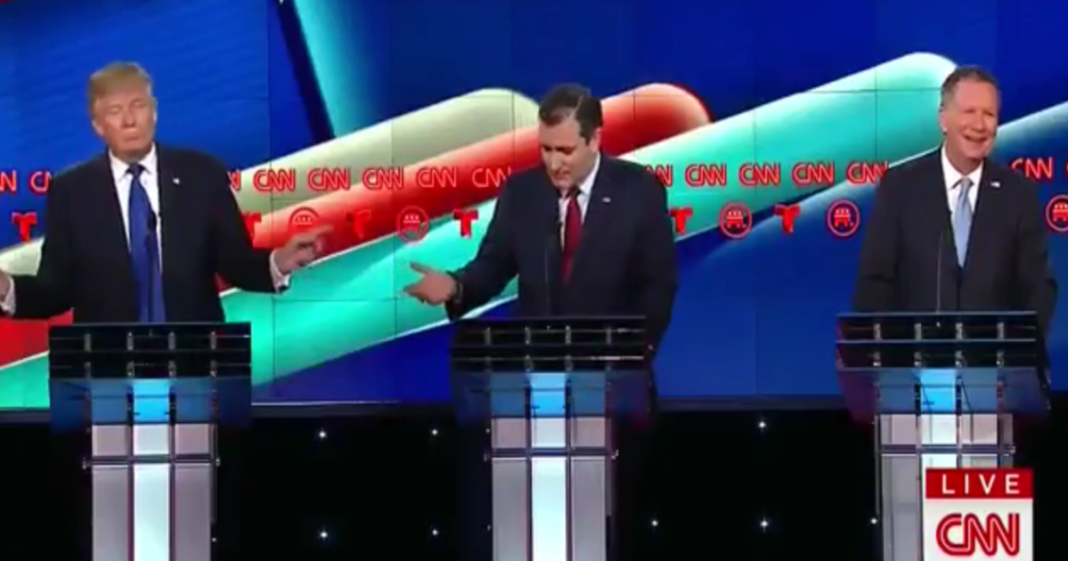 During the 1,343,563th Republican debate on Thursday night, The ever-shrinking race devolved so far that it began to rival the worst of the worst of reality television. If you remember the terribly enjoyable show “Flavor of Love,” you might get a close approximation of what occurred on the CNN stage for the evening.

Looking something like an especially catty episode of “The Real World,” Trump, Rubio, and Cruz sparred more than once on issues from immigration, to healthcare, to whether or not Donald Trump was an establishment candidate.

During the second hour, things got especially ridiculous when debate tyrant Wolf Blitzer temporarily lost control of the stage and things got so, so entertaining.

“I am relaxed,” Trump shot back. “You’re the basket case. Go ahead, don’t be nervous.”

Cruz then replied, “There’s nothing about you that makes anyone nervous.”

And that’s only a tiny fraction. This is must-see television, folks.