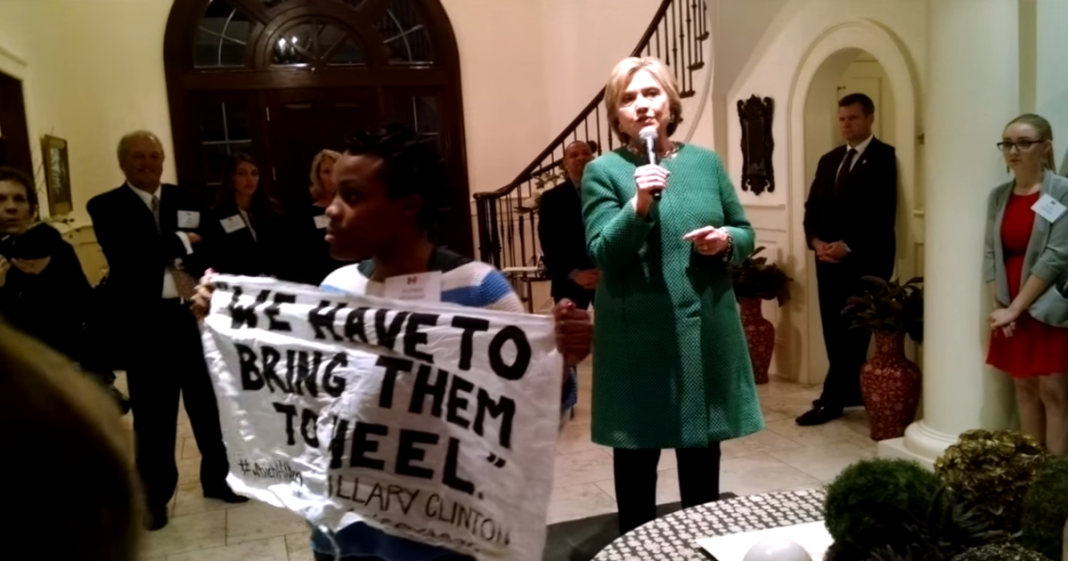 During a small speaking engagement this week, Hillary Clinton was confronted by a protester who stood near the candidate with a sign that read “We have to bring them to heel – Hillary Clinton,” with the hashtag #WhichHillary written at the bottom.

The message was a quote from a 1994 version of Hillary Clinton when she referred to children in gangs as “Superpredators” while advocating for a crime bill belonging to Bill.

“They are not just gangs of kids anymore,” she said. “They are often the kinds of kids that are called ‘super-predators.’ No conscience, no empathy. We can talk about why they ended up that way, but first we have to bring them to heel.”

Looking back now, along with Bill Clinton’s historically tough policy against African Americans when it came to mass incarceration, it is easy to assume that Clinton was referring to young black men when she called them Superpredators.

As the Clinton family is widely received as the most African-American friendly, this embarrassing blemish on Clinton’s record could prove damning for the candidate who has so far led by a wide margin the black vote.

Watch this young woman confront Clinton on her comments telling the candidate “Hillary Clinton, I am not a Superpredator,” and ask that she apologize to black people for mass-incarceration.