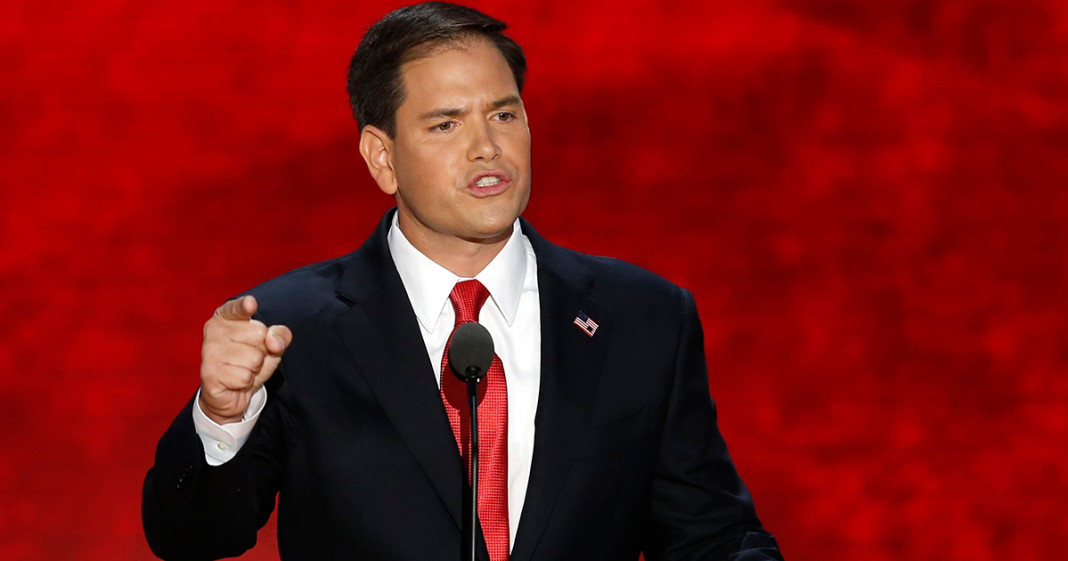 Senator Marco Rubio took his “not winning but still a winner” shtick to “Fox and Friends” on Wednesday to discuss his second place finish in the Nevada GOP Caucus. So far, there have been two Republican primaries and two Republican caucuses, but Rubio has not won a single one. It is particularly embarrassing that Rubio lost in Nevada as back in December the state was referred to as Rubio’s “firewall.”

And yet, the Florida senator is not discouraged, or so he says.

How does Rubio-boto keep himself feeling positive when the truth stares him in the face? He has apparently convinced himself that nothing matters until Super Tuesday, and that somehow, he will see a huge surge on the gigantic political date.

“Well, first of all we have to understand that you don’t win the nomination by how many states you win.”