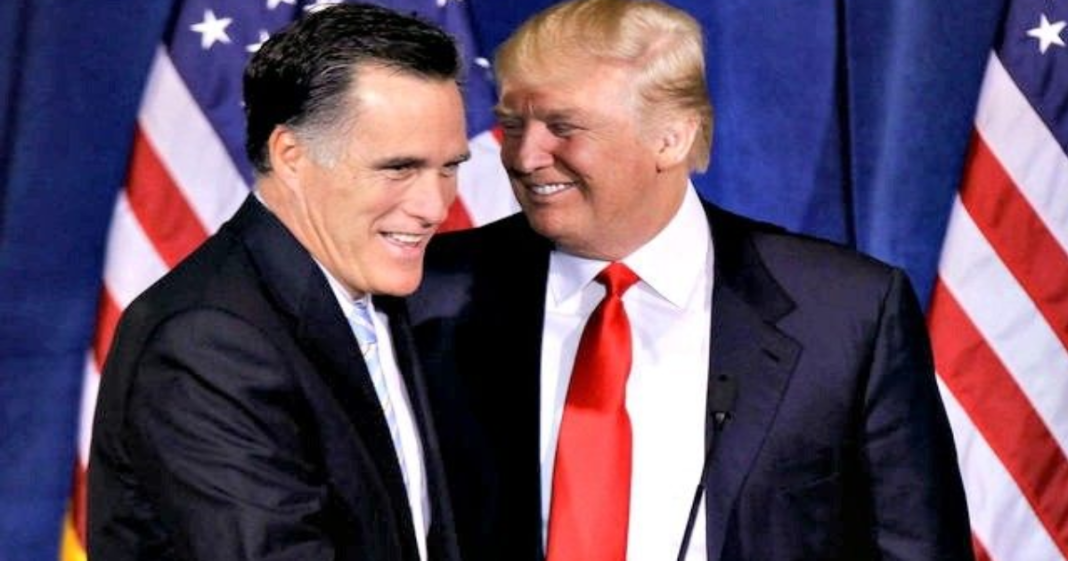 As if any of Trump’s followers would even care.

Romney had faced a great deal of scrutiny about his own taxes in 2012 when a rumor began circulating that Romney had avoided paying taxes for as long as ten years. The issue with Romney’s taxes was a huge sticking point in a campaign he was never meant to win, and now he is hoping that the same scrutiny could work against Trump.

During the interview, Romney insinuated that Trump’s taxes may contain a “bombshell,” and said that the American people deserved to see the tax records of the three leading Republican candidates.

“Frankly the voters have a right to see those tax returns before they decide who our nominee ought to be.”

“We could find [Trump] doesn’t have anywhere near as much income as we might think he would have with a $10 billion net worth, or he doesn’t pay any taxes or he pays very, very low taxes.”

Mitt Romney, who was one of the dumbest and worst candidates in the history of Republican politics, is now pushing me on tax returns. Dope!

Trump also claims that releasing his tax records would take some time as they are so extensive. Trump says that he is audited each year without fail, which he feels is unfair.