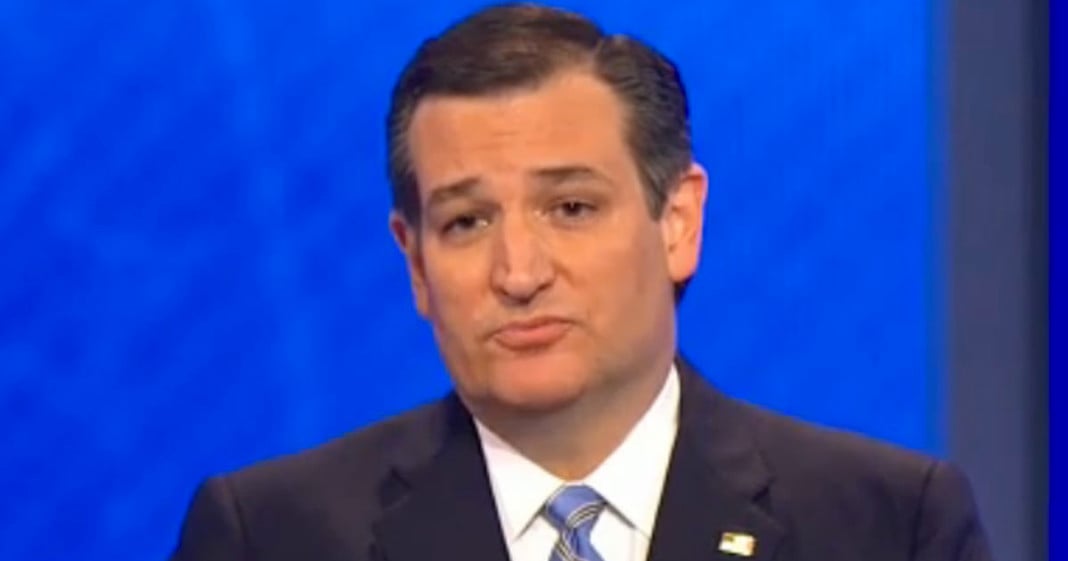 During a recent town hall event (and there’s one like everyday, so you’re forgiven if you didn’t catch this one as well) Senator Ted Cruz was asked about whether or not he would pardon the anti-choice group that lied and deceived Planned Parenthood in order to create a falsified video which caused nationwide outrage and boosted the argument to defund the women’s health organization.

The people who were involved in that falsehood have been charged for their crimes, but apparently Ted Cruz and his supporters do not think that was the proper thing to do.

“The answer is yes,” Cruz responded.

Additionally, though Planned Parenthood has been put through the wringer in the last year from both state and federal investigations, no wrongdoing has been revealed. And yet, a President Cruz would waste more of America’s time trying to find Planned Parenthood crimes.

“I’ve pledged, if I’m elected president, on the very first day in office, I intend to instruct the U.S. Department of Justice to open an investigation into Planned Parenthood and to prosecute any and all criminal conduct by that organization,” he said. “It appears Planned Parenthood is a national criminal enterprise committing multiple felonies.”