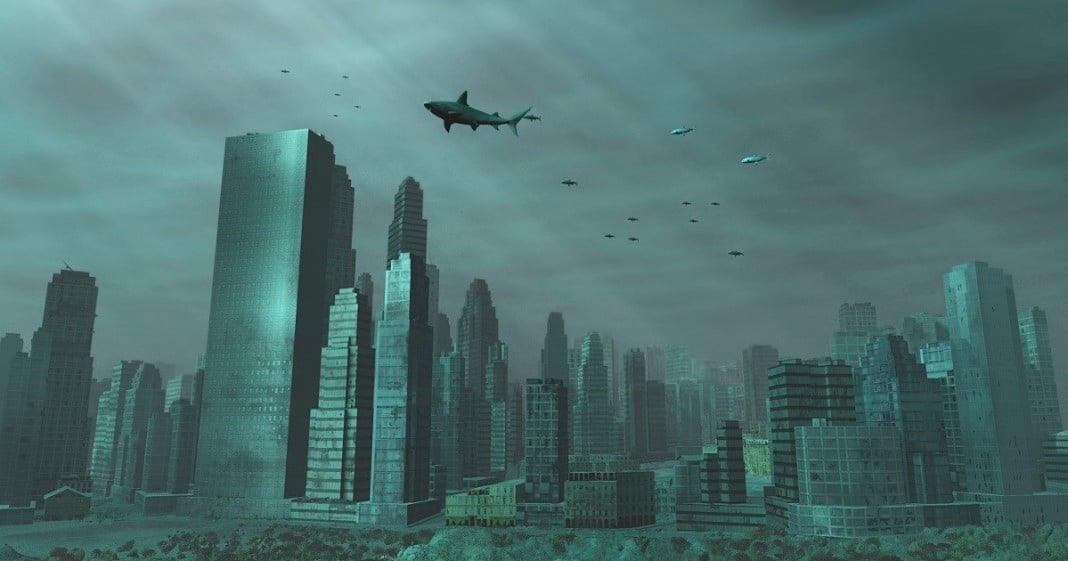 From the year 1900 to 2000 – one century – sea levels rose 5.5 inches. Scientists have determined that if humans weren’t on the earth for that century, the sea levels would have only risen 1.2 inches. That means that humans added 4.3 inches of rising sea levels to the world, and of course we don’t expect it to stop anytime soon.

The industrial revolution and the effects since then from industry and widespread ravaging of the earth have lead to rising temperatures. These rising temperatures work to melt the ice caps that have existed for a millions of years, resulting in rising sea levels. These record rising sea levels are already affecting coastal cities across the world, not to mention the environmental non-human impact it is having.

Even the Paris Climate Summit which was heralded as a historic step forward in combating climate change is only planning to do so much. The agreement between the 195 nations is not legally binding and only focuses on keeping the rise in global temperature for the next century to two degrees Celsius above current levels, the rate that would allow much global destruction, but not enough to be catastrophic. Comforting, isn’t it?

If the countries stick to their promises from the Summit, the sea levels will still rise 9.5 inches by 2100. If they don’t stick to the non-binding pact? The sea levels could rise as much as four feet. FOUR FEET.

We have made our watery bed and we are going to have no choice but to lie in it.