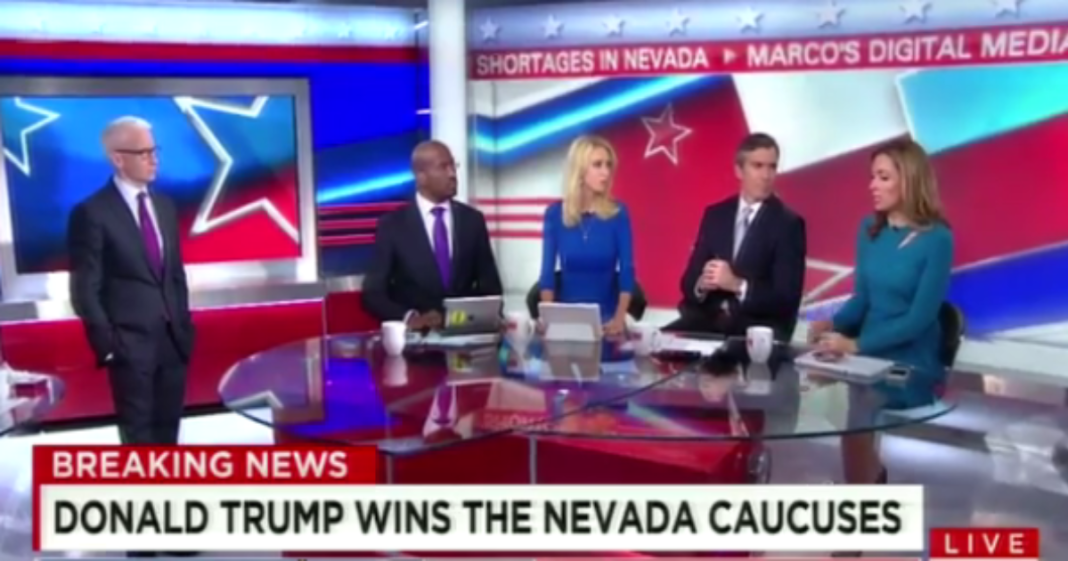 On CNN, Republicans and Democrats alike mourned the win of Donald Trump in Nevada on Tuesday evening, bemoaning the state of American politics and the fate of the Grand Old Party.

Republican journalist and past campaign adviser for various Republican candidates (Including Ted Cruz until July of 2015) Amanda Carpenter admitted that she felt the Republican party as a whole was doomed if Trump somehow won the nomination, but that it was a direct result from the party refusing to evolve to fit the will of the people.

“I really think its the end of the Republican party. . . It’s the natural effect. They didn’t listen to the grassroots. Nothing changed, nothing changed. . . and the voters still want change. They are desperate for somebody who will go in and shake up Washington. And now, we have Donald Trump.”