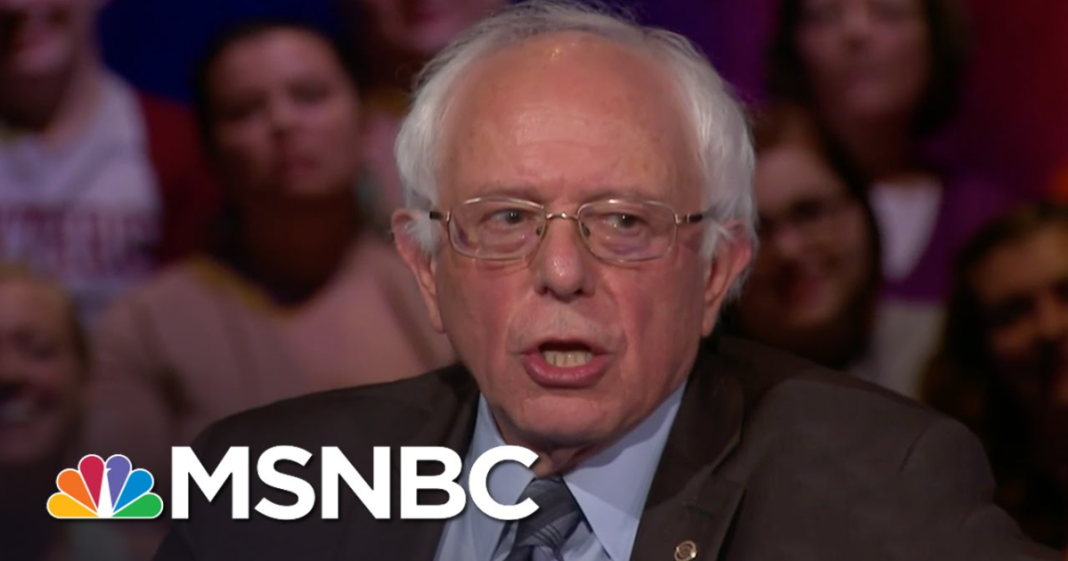 On Monday, MSNBC was in the midst of broadcasting a speech from Senator Bernie Sanders. Things were going well as he railed against the low minimum wage and state of labor in the United States, but when he turned his attention to criticizing the Trans-Pacific Partnership, the network suddenly cut the feed. They claimed that it was for some “Breaking News” of Ted Cruz firing his communications director – but is that really breaking news?

No, more likely, MSNBC has a vested interest in protecting the TPP and they would like that pesky Bernie Sanders to let sleeping trade deals lie.

Of course, Bernie Sanders is no stranger to media censorship and blackouts – it was several months into the campaign before any corporate media network would give the senator the time of day, much less broadcast an entire speech. This is just another way that corporate media is pretending to be fair while undermining the message of Sanders’ campaign.