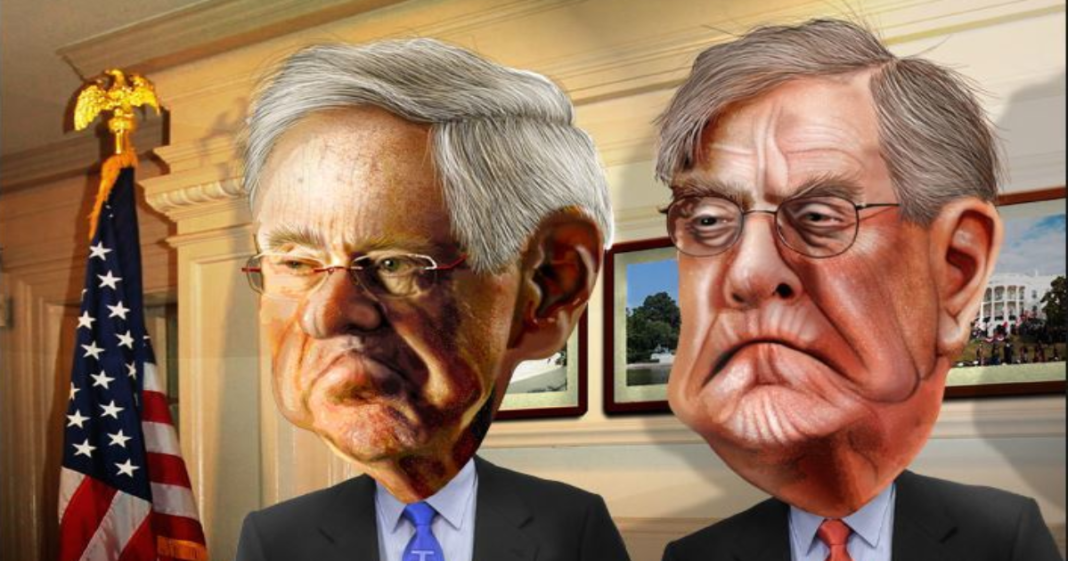 It turns out that the establishment has truly chosen its candidate in GOP’er Marco Rubio after a valuable Koch Brother operative and fundraiser has joined the Rubio campaign as a senior adviser. Marc Short will be officially joining the campaign next week and will assist the campaign in fundraising, data assessment and general screw-the-system activities.

Marc Short is the top Washington political adviser for the Koch Brothers and has been close with the corrupt crew for more than five years. Short’s official Koch title is the President of Freedom Partners which is the Koch-sponsored political organization. Short has been intimately involved with fundraising for the Koch’s political group and no doubt Rubio is hoping that Short can work that same magic in his third-place campaign.

Short reportedly plans to resign immediately from the Koch group in favor of this new opportunity.