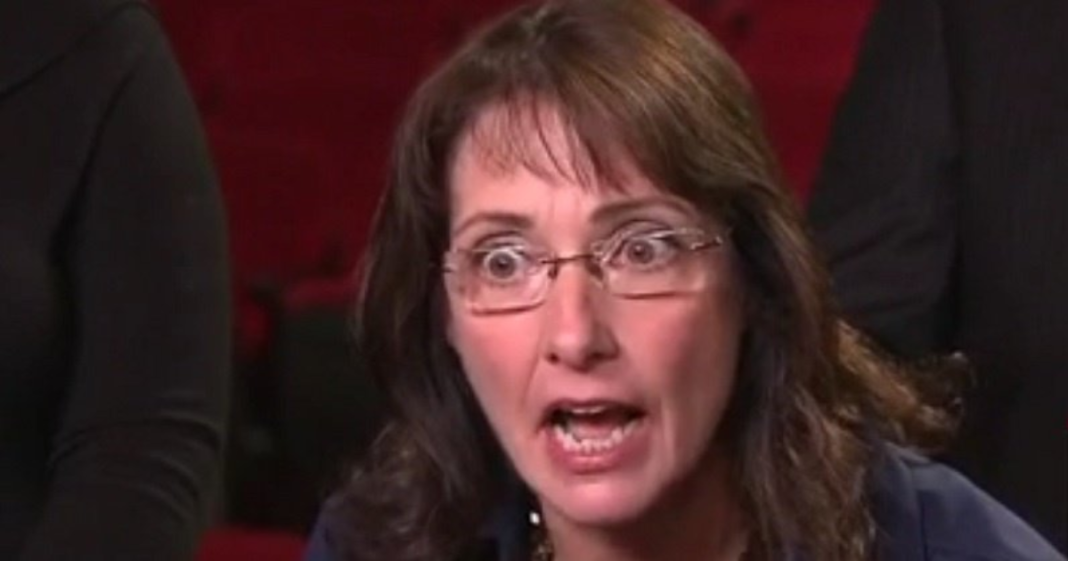 The Republican party is really full of winners – and a good number of these winners really don’t understand how to use social media. Or maybe they just don’t care that they say really ignorant and offensive things on their Twitter and Facebook accounts on the daily?

Either way, one Republican who really should have kept her mouth shut is New Hampshire Representative Susan DeLemus who commented on her personal facebook page that “The Pope is the anti-Christ. Do your research.” 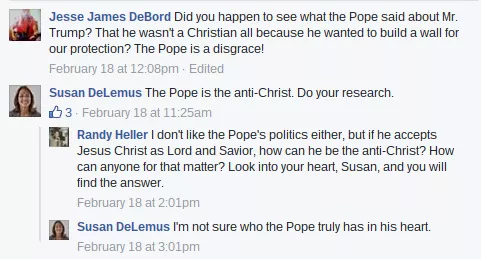 This condemnation of the Pope came shortly after the pontiff criticized presidential candidate Donald Trump last week, saying that a person who only works to build walls (metaphorically and a bit literally) is no Christian. Many shot back at the Pope, saying that he had no place commenting on a political race or on the religious views of an individual, but many agreed with the religious leader as well.

DeLemus was clearly the former, and clearly an avid Trump supporter. When another commenter questioned DeLemus’s views, she doubled down and questioned whether the Pope was even a believer of Christian doctrine at all.