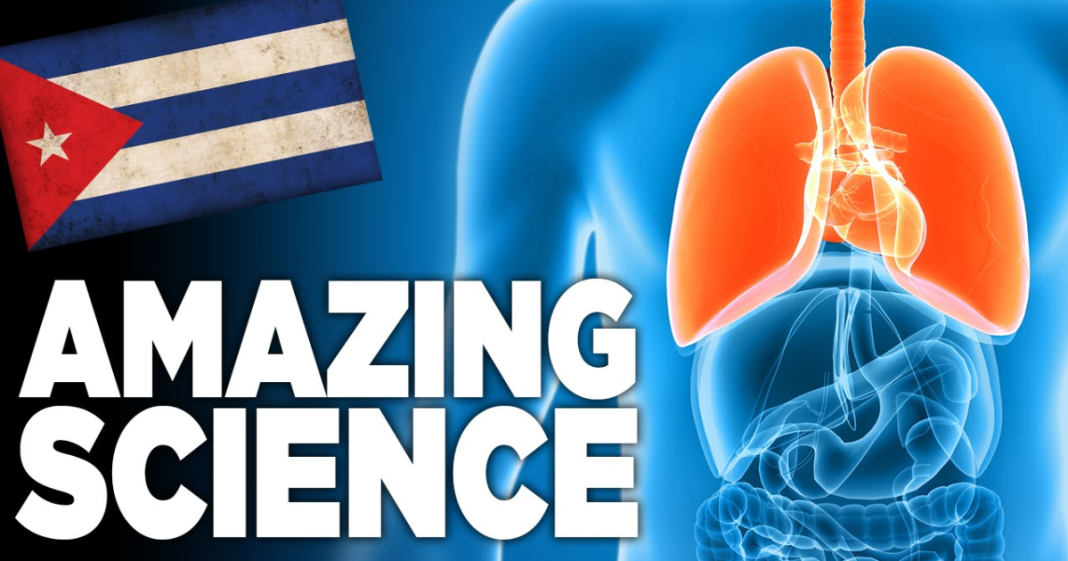 Lung cancer is a killer. A fact the people of Cuba know well, since it is the fourth leading cause of death in a country known for fine cigars. Now American researchers are studying a Cuban made cancer vaccine, called CimaVax, used to protect people there from the deadly disease for decades.

“We’re still at the very early stages of assessing the promise of this vaccine, but the evidence so far from clinical trials in Cuba and Europe has been striking,” said Dr. Kelvin Lee, with the Roswell Park Cancer Institute in Buffalo, New York, the research center evaluating CimaVax.

Only half those diagnosed with late stage lung cancer survive for one year, making it the number one cancer killer in the U.S.. A 2007 study of lung cancer patients, published in the Journal of Clinical Oncology, confirmed CimaVax was safe and effective, especially for the survival rate of patients under 60.

“We think it may be an effective way to prevent cancer from developing or recurring,” Lee explained. “There’s good reason to believe that this vaccine may be effective in both treating and preventing several types of cancer, including not only lung but breast, colorectal, head-and-neck, prostate and ovarian cancers, so the potential positive impact of this approach could be enormous.”

The Cuban Ministry of Health made CimaVax available to the public in 2011 after 25 years of testing. So how come a drug with such promise is only recently being tested in the U.S.? Mostly likely the delay is the result of the U.S. embargo against Cuba, the longest embargo in modern history.

Some critics say it’s possible that medical advancements in the socialist country were largely ignored until President Obama ordered the restoration of full diplomatic relations with Cuba in December of 2014.

“We will end an outdated approach that for decades has failed to advance our interests, and instead we will begin to normalize relations between our two countries,” Mr. Obama said at the time.

As a result, American researchers are taking a closer look at Cuban breakthrough drugs. Besides CimaVax, Cuban researchers also developed vaccines for meningitis B and hepatitis B. The country produces generic medicine at a much lower price than those of big pharmaceutical companies. For example, the  CimaVax shot costs the Cuban government only $1.

Due to the decades-long embargo, Cuba has been forced to do more with less when it comes to health care. With limited resources, the Cuban government took a “prevention is better than a cure” approach and in terms of having healthy people. The Cuban health service outperforms other low and medium income countries, and sometimes even wealthy countries like the United States.

The World Bank reports Cuba spends $431 per person annually on healthcare, compared with more than $8500 per person in the U.S., but Cuba also has a lower infant mortality rate than the U.S. and a similar life expectancy.

“Cuba is the only country that has a health care system closely linked to research and development,” said World Health Organization Director-General Margaret Chan, after her visit to the island in 2014. “This is the way to go, because human health can only improve through innovation.”

Innovative health care in Cuba may be a result of the U.S.-led embargo, but American researchers and patients are now hoping to benefit from it. There are questions and comments on healthcare blogs and websites across the U.S., wanting to know more about Cuban drugs like CimaVax.

One lung cancer survivor, who says he has been taking CimaVax for several years, regularly posts about his progress on a blog through the American Lung Association.

“I’m a stage 4 NSCLC survivor for 5 years due to this Cuban vaccine,” the patient ‘Mick’ writes. “It has no side effects and has been amazing for me.”

Researchers at the Roswell Park Cancer Center Institute hope it will be a life-changing drug for lung cancer patients in the U.S., but the entire process of determining if CimaVax or any other Cuban treatments and technologies are safe and effective for Americans can take years.