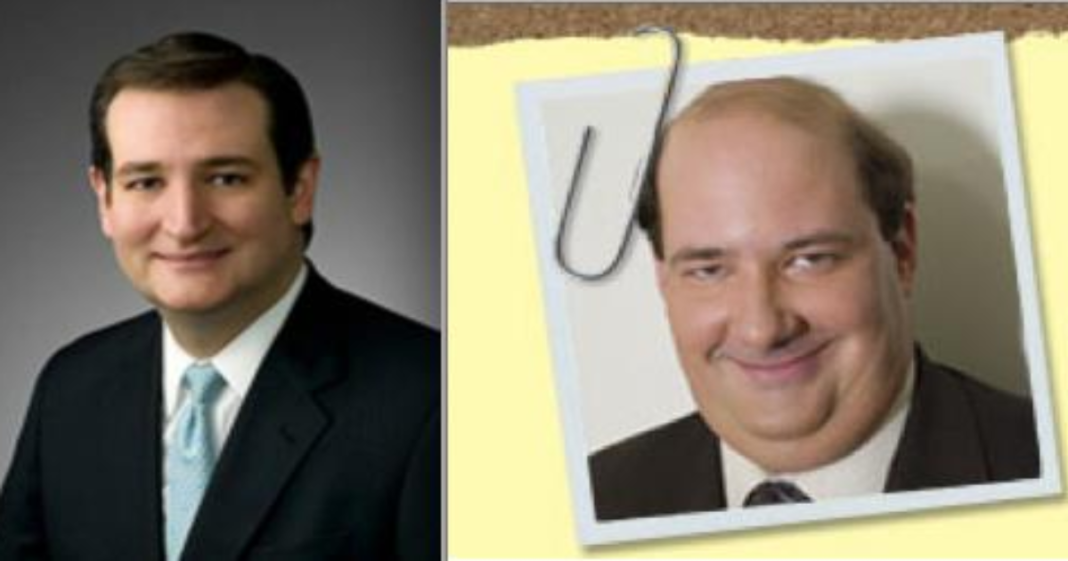 If you were a fan of hit show “The Office,” which sadly concluded in 2013 (has it really been that long?), you will know and love (or maybe abhor) one particularly dopey character named Kevin.

If you were one of those folks who adored Kevin, the 2016 election cycle might have brought you a bit of joy as you saw the reflection of your dear character in the face of candidate Ted Cruz.

While Trump and his ilk have argued that Cruz isn’t an American citizen, the internet has been circulating an image which asks whether Cruz and Kevin are actually the same person. Getting to the real issues, obviously.

Twitter user @DonnieDoesWorld took the internet meme comparing the TV character and the candidate from the computer to reality as he showed Cruz a sign asking whether the two men were one and the same during a rally. Cruz looked at the poster like he was both proud and ashamed of the comparison.

It was a priceless moment which perfectly reflects the current political climate and the vital role that the internet plays in spreading important and not so important information about candidates across the nation.

Man, I love the internet.