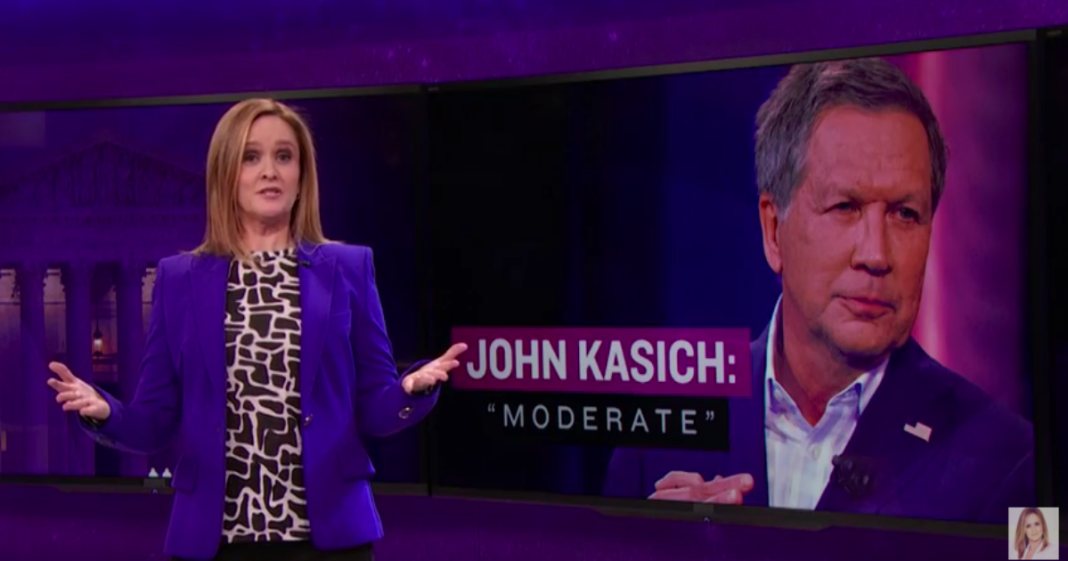 Samantha Bee picked up on the same train of thought that we did on Monday by responding to the idea that presidential candidate John Kasich is a moderate in a Republican race full of certifiable insanity.

Bee looks at several key political points which would distinguish the moderate from the conservative and finds that Kasich is sorely lacking middle-of-the-road ideas.

“In the nauseating bus terminal restroom that is the Republican primary, John Kasich initially seems like the least disgusting stall,” Bee began. “But is Kasich really the huggable moderate he’s made out to be?”

It turns out that Kasich is just as bad as other Republican candidates on issues like abortion and gay marriage, but he just lies about it a lot more. Great.