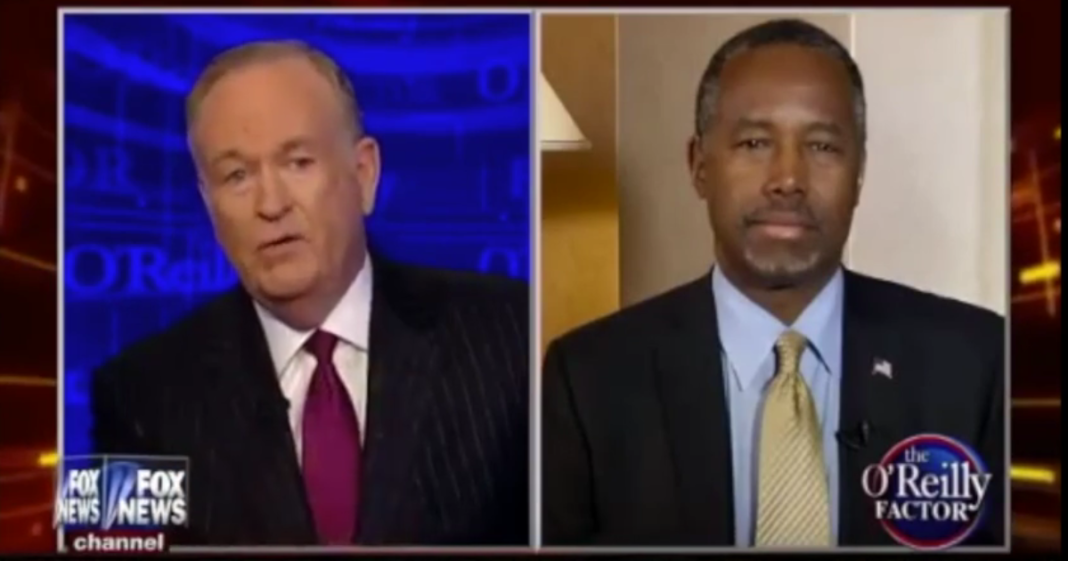 Ben Carson, who is desperately holding on to the tatters of his once promising campaign, appeared on Fox News‘ “The O’Reilly Factor” to discuss his dismal performance in South Carolina.

O’Reilly gave Carson a reality check that he was not ready or willing to hear as he said that a Carson nomination would be a “miracle.” Carson continued to deny and deflect the levity that O’Reilly brought to the situation.

Of course, Carson didn’t just get up and quit right then, that would be far too sensible and rational. Instead, we expect the crazy Doc to keep up this charade for as long as he can.