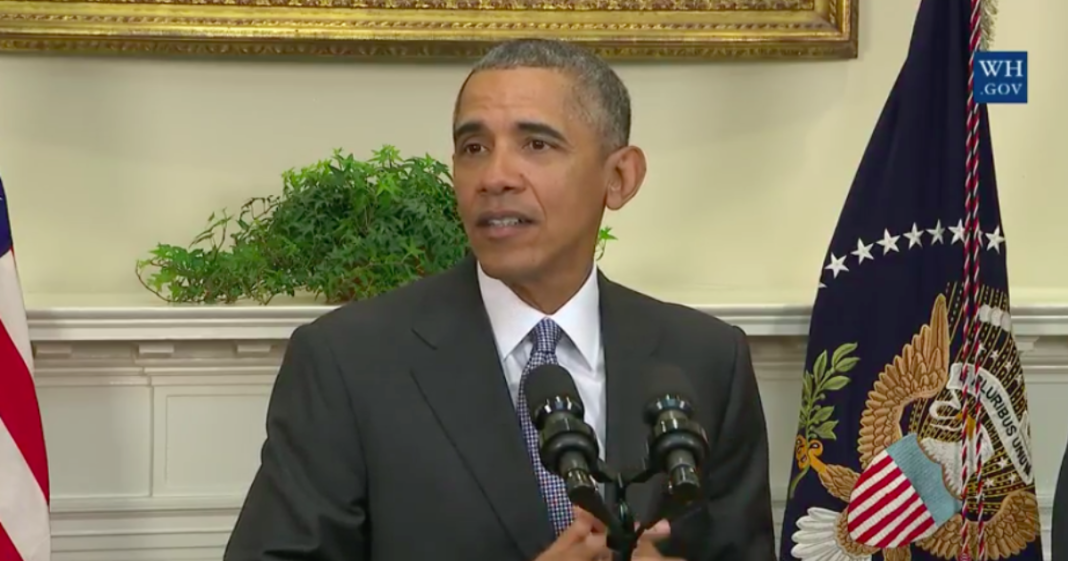 President Obama on Tuesday delivered a statement announcing that the Department of Defense and himself were proposing a plan, which if implemented, would finally close Guantanamo Bay, a goal he has been working towards since his inauguration.

The president spoke about the evolving political climate and how a previously bipartisan agreement to close the facility had evolved into an issue that was no longer universally agreed-upon.

“When I first ran for president it was widely recognized that this facility needed to close. There was a bipartisan support to close it. My predecessor, President Bush, to his credit, said he wanted to close it.”

“what had previously had bipartisan support became a partisan issue.”

“The public was scared into thinking that well, if we close it, we will somehow be less safe.”

President Obama also addressed in his statement the sort of message America’s continued use of the facility sends to the rest of the world.

“It’s been clear that the detention center at Guantanamo Bay does not advance our national security. It undermines our standing in the world.”

The president also referred to former President Bush when he said that the Republican two-term leader had himself removed 500 detainees from the facility, far more than Obama was able to remove.

President Obama presented a four-part plan which involved continuing to hand over detainees to other nations under strict guidelines while acknowledging that our legal and prison system in America is capable of processing terrorists like it did with Dzhokhar Tsarnaev, the Boston bomber.

“This is about closing a chapter in our history.”

It is clear that the president is eager to seal this chapter in his legacy, and it is moments like this that remind us about the good in Obama’s presidency.