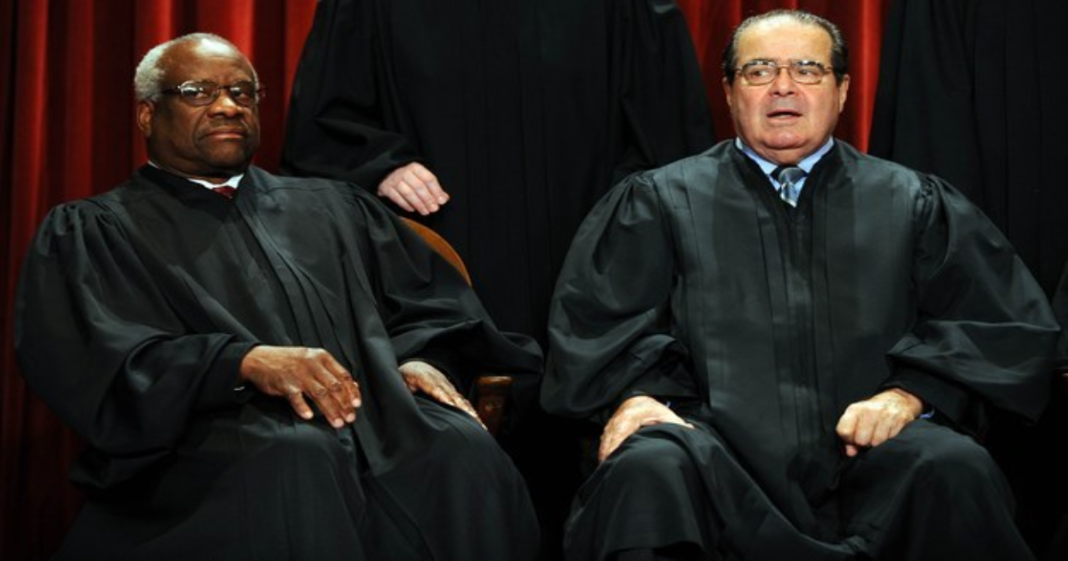 With the knowledge that it has been more than a decade since Supreme Court Justice Clarence Thomas has asked a question or spoken outside of some small talk with other justices, the passing of his close associate Justice Antonin Scalia would seem to be devastating for the man who seemed to be reliant on Scalia’s anything-but-silent style.

Justice Thomas’s silence is fine with some as they see it as a more traditional style, but many are uncomfortable with his lack of interaction with petitioners. Thomas may have been able to be so silent for so long because of Scalia’s presence, which may mean that without him, he will be woefully lost – or even worse – forced to speak.

For so many years, Thomas has been a yes-man of sorts for Scalia, voting conservatively at his side. Their voting records were nearly identical on every issue. Without his ringleader, what will he do?