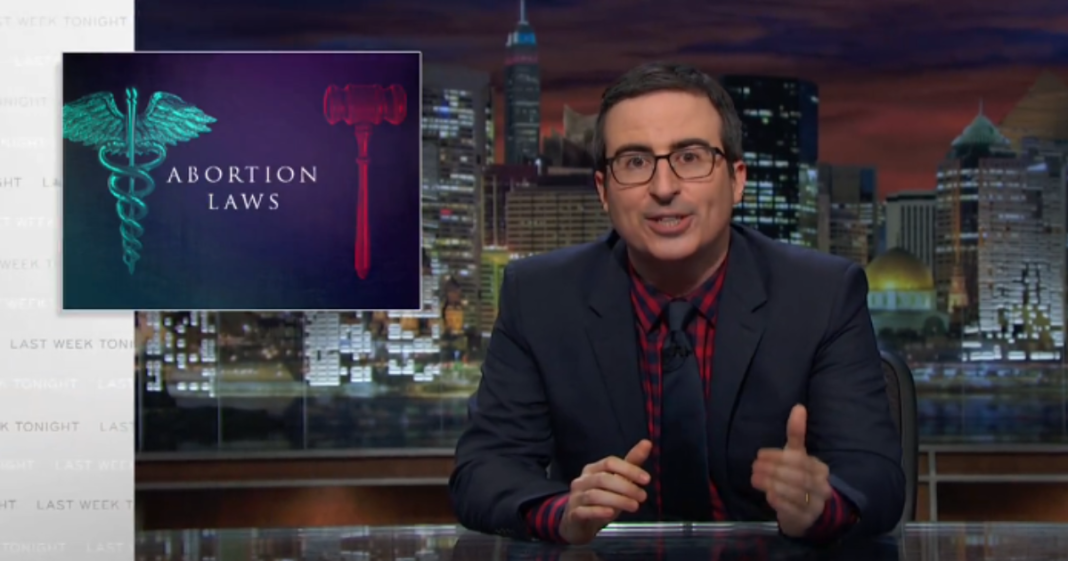 Every now and then, it is important to step back and take a look at the actions that the GOP have taken to restrict women’s right to make choices about their own health and remind the populace that this stuff really matters. On Sunday’s episode of “Last Week Tonight,” John Oliver did just that when he went on a 10-minute long rampage about the GOP’s latest anti-abortion moves.

“A new Gallup poll revealed that 19% of Americans think abortion should be completely illegal, while 36% think it should be allowed in some cases and 29% think it should be allowed on demand. Despite the fact that abortion is legal in the United States, in the wake of the U.S. Supreme Court’s decision in Planned Parenthood v. Casey, there has been an increase in state regulation of abortion clinics, resulting in a decrease in clinics in some states. North Dakota, South Dakota, Mississippi and Utah now only have one clinic per state.”

Oliver looks into the ways that lawmakers are using the guise of “protecting women” to shut down clinics for extreme and unnecessary reasons. Oliver points out that the AMA and the CDC do not support these regulations.

If you have questions about abortion and the state of women’s health in America, this video is an excellent place to start.

Abortion is theoretically legal, but some states make it practically inaccessible.