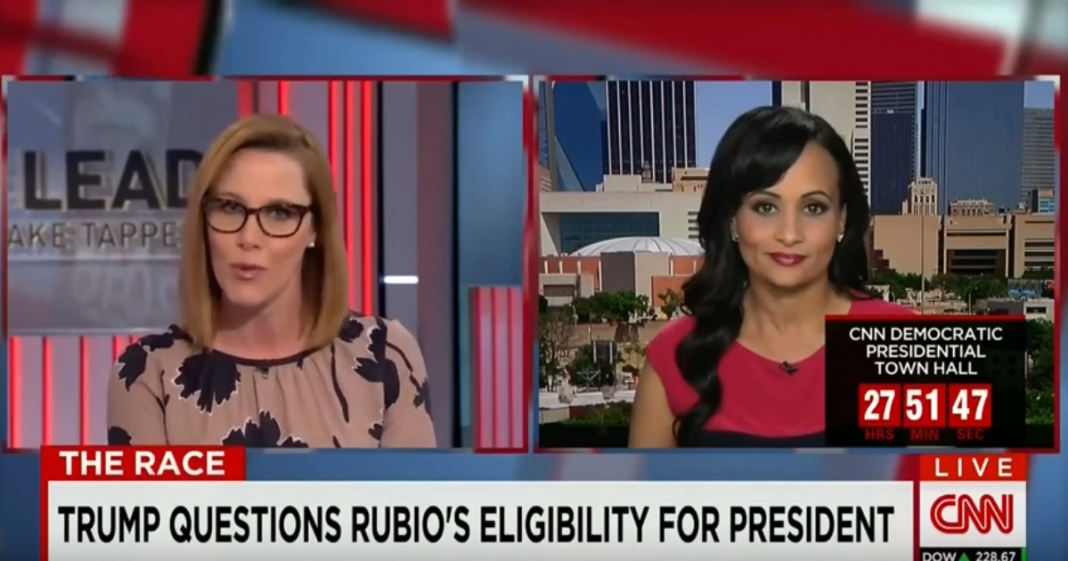 A couple of weeks ago when the birther nonsense against Ted Cruz was at some of its worst, CNN‘s Jake Tapper asked presidential candidate Donald Trump if he had the same level of scrutiny for Marco Rubio who is a natural born citizen, but also a child of two non-American immigrants. At the time, Trump said no way. Now, with Rubio steadily rising in the polls, Trump apparently is feeling some pressure to go after the Florida Senator and has raised some questions about whether or not Rubio is truly eligible to be president.

As this clip illustrates, though, there is no real question about Rubio’s eligibility as he was born in the good old U. S. of A. which makes him an American citizen through and through, no matter what “I dunno” speculation Racist Trump may throw out.

Once again, his inhuman spokeswoman Katrina Pierson does a flawless job at sociopathically defending her dear leader, while a Conservative with at least a bit of sense S.E. Cupp points out the racism of Trump’s actions.