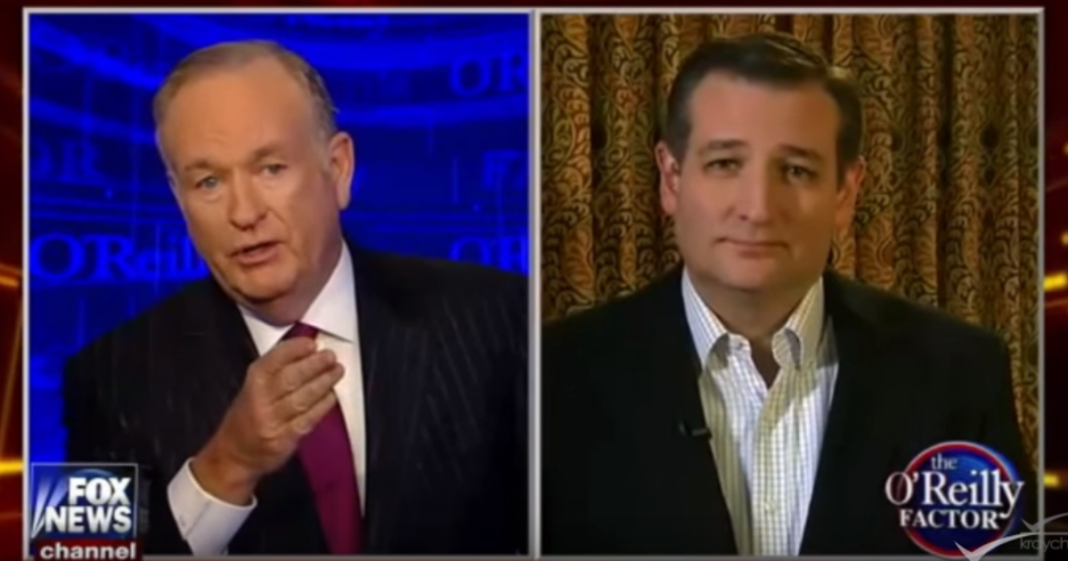 Though many have realized that Ted Cruz’s political campaign is in many ways more nefarious than the outright sh*tshow that is Donald Trump’s run, we are now beginning to see Cruz slide further to the right and mimic some of Trump’s previously too-extreme ideas as well.

One such example came from Cruz on Monday night when Cruz flip flopped on immigration. Cruz said that he would definitely support police seeking out and arresting all 12 million undocumented immigrants before swiftly deporting them without due process. This is a shift from his previous stance at the beginning of 2016 when he responded to Trump’s promise to deport all 12 million undocumented immigrants by saying, “I don’t intend to send jackboots to knock on your door and every door in America. That’s not how we enforce the law for any crime.”

Monday’s switch came when Bill O’Reilly asked if Cruz felt the same as Donald Trump, and this time, he apparently did. O’Reilly even set up a sympathetic example of an Irish immigrant who had started a family in America before his visa expired. O’Reilly asked Cruz if he would send federal agents to remove that man from his home and family and send him back to Ireland.

“You better believe it,” Cruz responded.