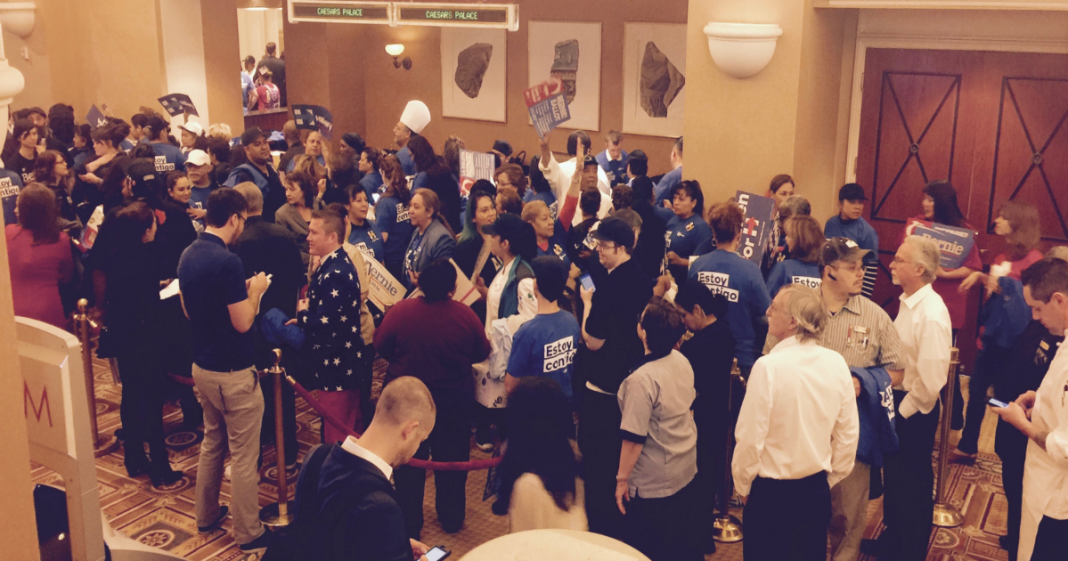 Nevada, who has only been using the Caucus system since 2008, seems to be quite the hot mess when it comes to organizing and carrying out the important electoral event. Saturday’s Democratic Caucus seemed rife with discord and disorganization as people who attended their county’s caucus meeting observed confusion, mess-ups, and maybe even deliberate sabotage.

The first instance was in Clark County, a key county for the state where many said if Sanders fell behind, it was all over for him. One Caucus-goer Justin Linden said that he saw the officials at the event counting extra ballots and seeming to lose track of Sanders ballots. Another attendee confirmed this information.

Voter fraud. Woman hands out completed ballets for people who are not there. And they get counted despite numerous …

Elsewhere in the state, it appears that officials allowed voters to choose their side and be counted without actually being registered.

In another county, “The Jimmy Dore” show captured a Las Vegas caucus that featured maybe the most incompetent man ever caught on camera. The frazzled official wrote figures on his hands and dismissed the attendants before shouting for them to come back because he had forgotten to choose delegates. “Damnit” he could be seen shouting as he realized that he had single-handedly screwed the Democratic process.

Remind us why Caucuses exist, again?