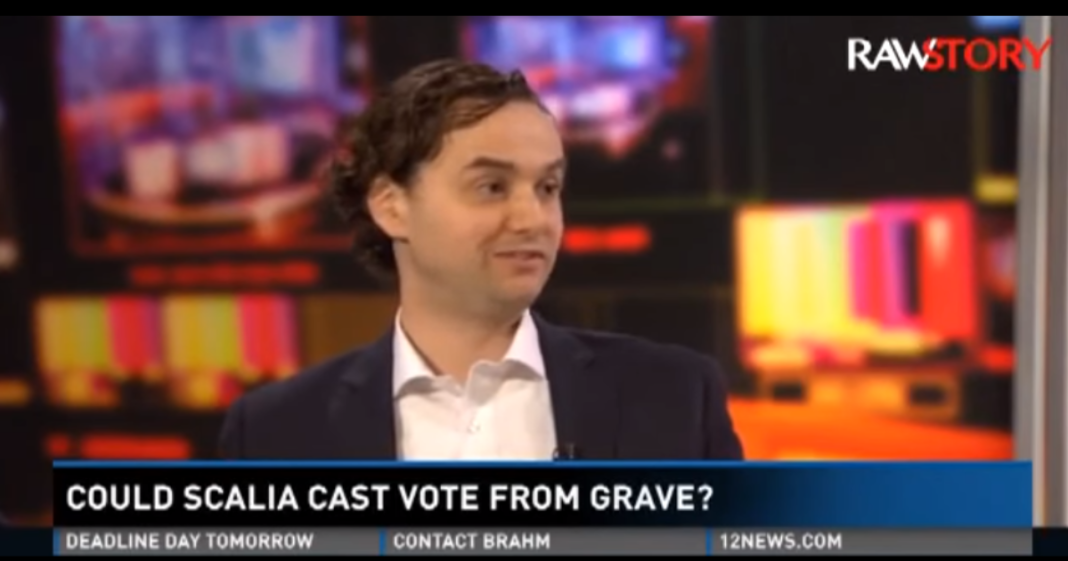 During an episode of Arizona Central’s show “Sunday Square-Off” attorney Kory Langhofer made the argument that even though Scalia has died, he should still be able to rule the Supreme Court from the grave.

Langhofer says that one wouldn’t need a Ouija board or a seance to know what Scalia felt about upcoming rulings because the multi-step process had already been mostly completed. Langhofer noted that Scalia had already heard testimony and voted in current cases, but that he had not put forth his final vote. Langhofer argued that using this information, we should be able to confidently guess what Scalia would have ultimately judged.

“We know exactly what he thought.”

To counter this argument was Attorney Thomas Ryan who said that though Scalia had placed his vote, it was not unheard of for Justices to change their vote after hearing testimony.

Sounds reasonable enough to me.