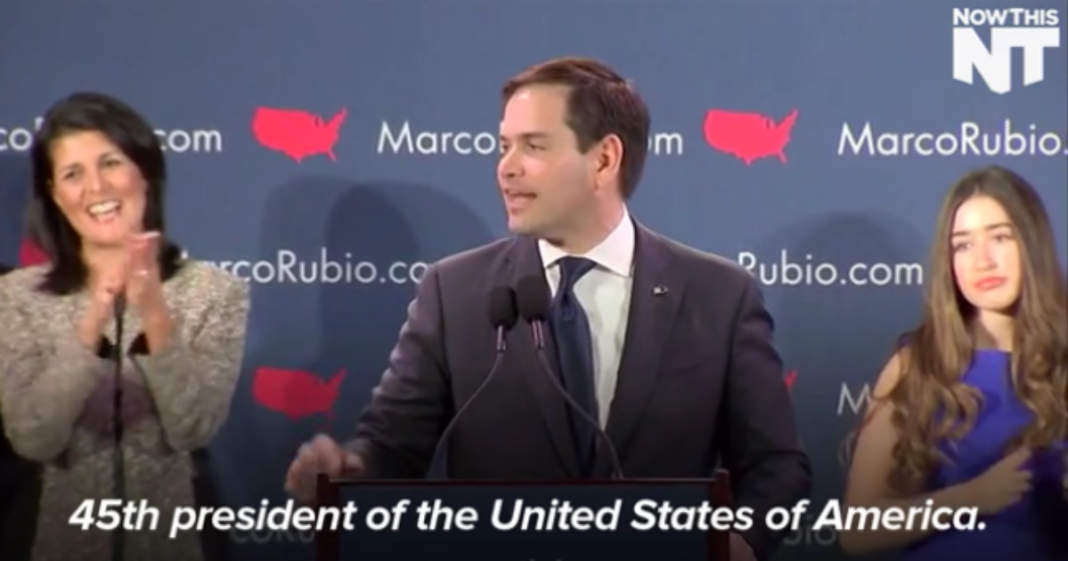 Presidential candidate Marco Rubio may have come in second place, but from his speech after the South Carolina primary Saturday night, you’d have thought he had won the whole election.

Rubio, who has yet to win a primary or caucus, is seeing a valuable surge this week after he lingered near the bottom of the pack in the most recent New Hampshire primary due to a dismal debate performance which made people question whether he was a man or a robot (we still say robot).

Either way, Rubio isn’t going to let a little thing like Donald Trump winning by about 10 percentage points get in the way of his celebrations.