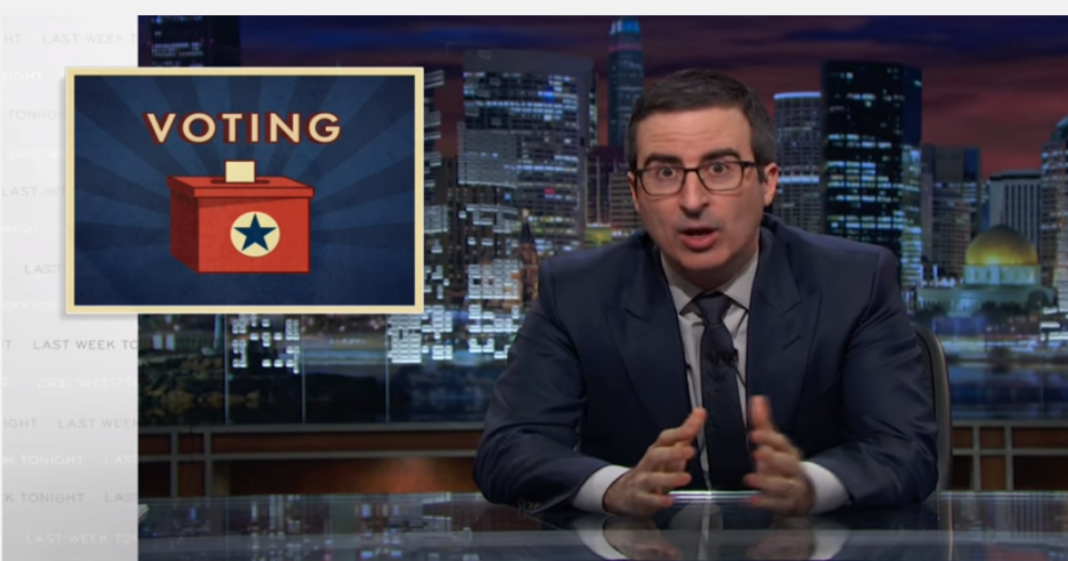 During a segment on John Oliver’s “Last Week Tonight,” the host talked about the nefarious partner in the success of the GOP – voter suppression. Particularly at the hands of apparently well-meaning voter ID. laws and further restrictions on the way and time people can vote.

It’s all due to the fact that when more people vote, Democrats do better in elections. It turns out that Democratic ideals appeal to low income people, which are the people most affected by these restrictions on voting. If Republicans can pretend that they are preventing voter fraud (a proven non-issue), then they can prevent those extra Democrat voters from being able to cast a ballot.

“Since 2011, seven states have curtailed early voting and 13 have added requirements that voters show some form of ID.”

Oliver covers the entire subject in wonderfully funny detail, including politicians actually admitting that they use voter ID. laws to control voters in their favor.