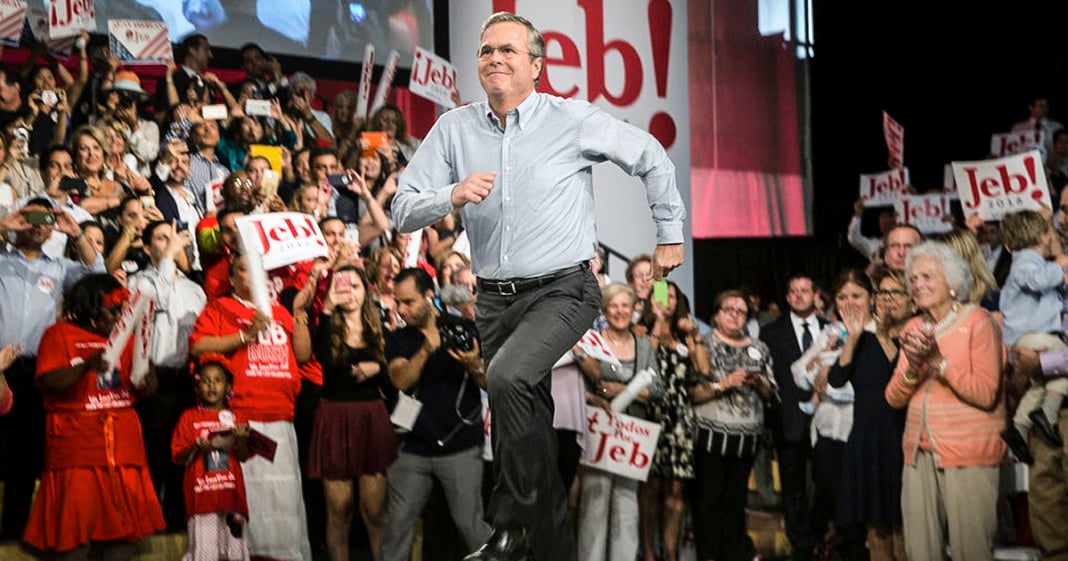 Less than two hours after the primary in South Carolina ended on Saturday evening, the Jeb Bush campaign announced that they were calling it quits.

The establishment candidate struggled from the beginning to stand out in an exceedingly insane candidate pool, particularly in an election cycle that was determined to reject anything that was “politics as usual.” Jeb walked in to this election expecting a coronation, but instead he got a long and agony-filled rejection.

Many had predicted that Jeb would leave the race if he didn’t have a strong showing in South Carolina as the southern state is a historically big fan of George W.. Some staffers from the Bush campaign had even already begun sending their resumes to other companies ahead of the primary, an ominous sign of a lack of confidence in their candidate.

While we are glad that there won’t be another Bush in the White House, one can’t help but feel at least a little bad about the raw deal little Jeb got. Maybe now he will quit trying to be a politician and go do something a bit more useful.