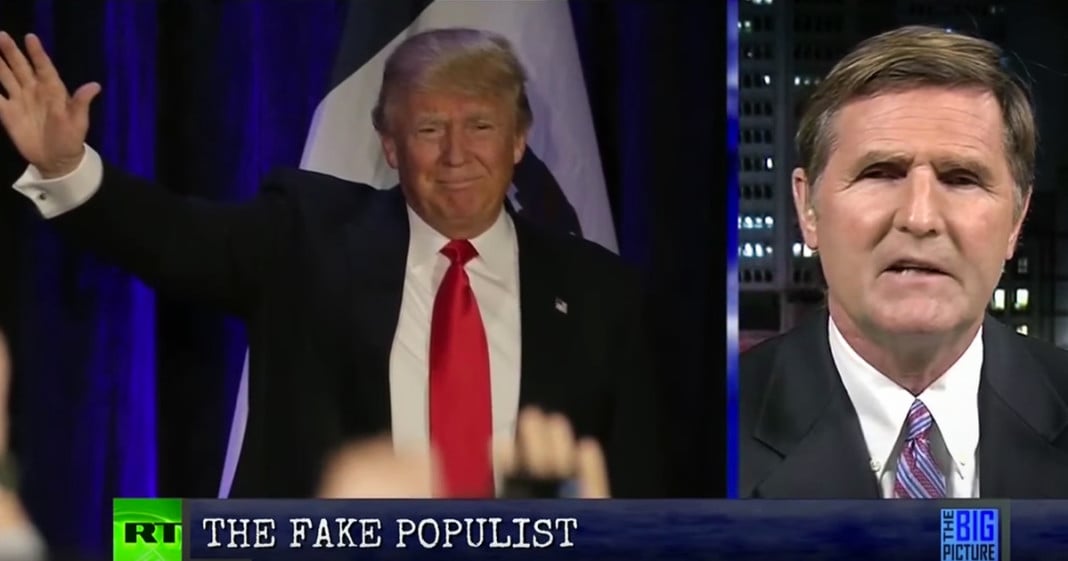 This year’s election has turned establishment politics on its head, for both the Republicans and the Democrats. And nobody has been paying more attention to this phenomenon than Donald Trump and his advisers. That’s why we’re starting to hear a new version of the Trump monster – a version that’s even more terrifying than the original because, on the surface, he appears to be making sense.

Manipulation at its worst, folks.

America’s Lawyer, Mike Papantonio, discusses this on The Big Picture with Thom Hartmann.