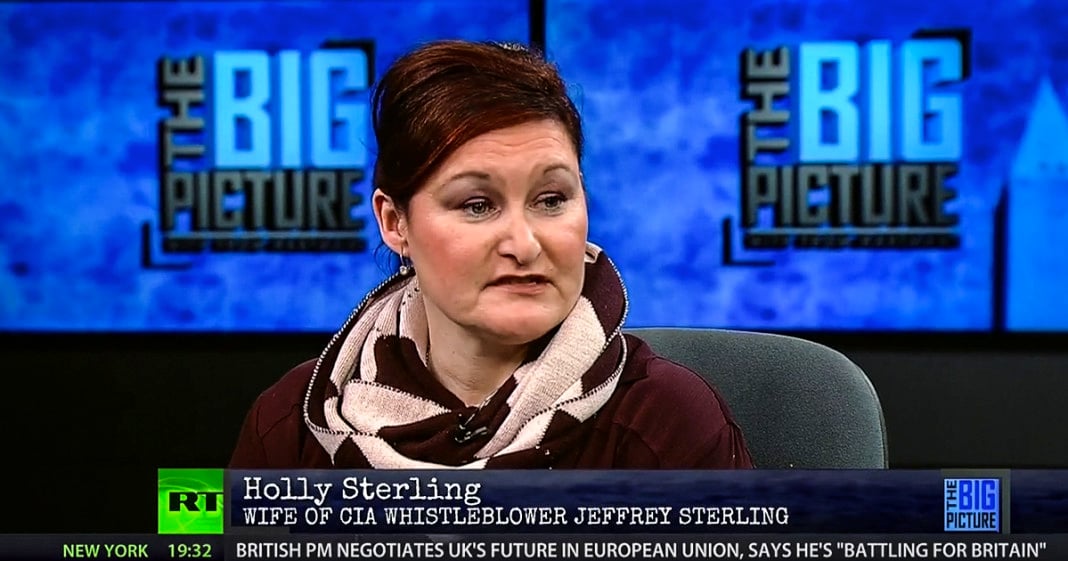 In June of last year – Jeffrey Sterling was sent to a Colorado prison after he was convicted as a CIA whistleblower. Sterling was found guilty last year of nine felonies – including a violation of the 1917 Espionage Act. But Sterling wasn’t spying for another country even though he had been working for the CIA in the 1990s. Sterling was convicted for allegedly leaking information about a botched covert operation called “Operation Merlin” – that operation resulted in the CIA essentially handing over nuclear information to Iran. On Wednesday morning – Jeffrey Sterling’s wife – Holly Sterling presented a petition to the White House asking President Obama to pardon her husband. The petition went up in December – and in just two months it has already gained 100,000 signatures with the sponsorship of Change.org and RootsAction.org.