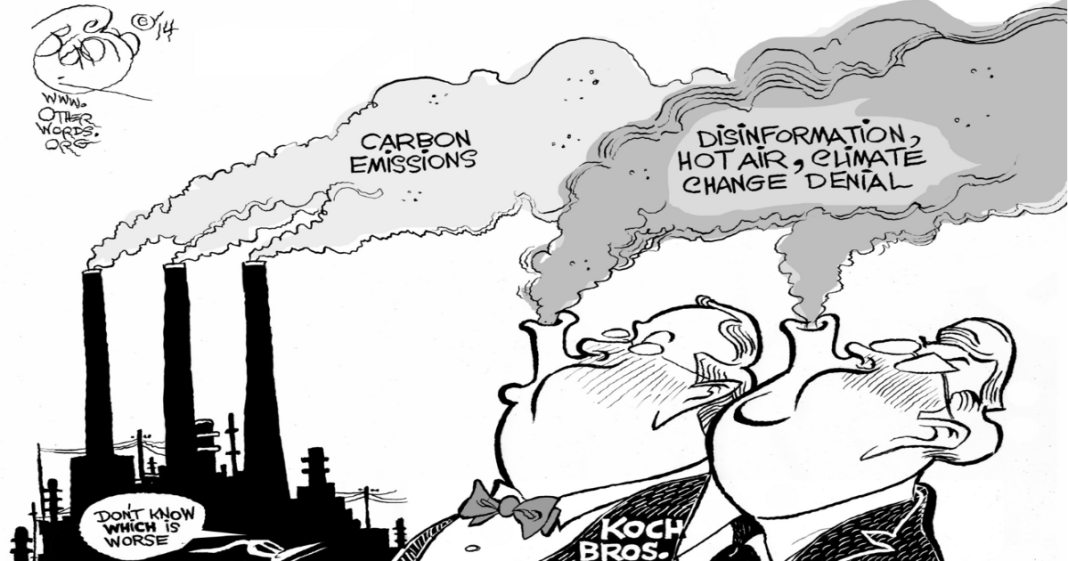 The Koch brothers are working on a secret project which plans to derail the growth of alternative energy sources in favor of protecting Koch oil interests while convincing American citizens that, despite all evidence, petrol is the way of the future.

The as-of-yet unnamed project is expected to launch in spring or summer of 2016 and will be primarily bankrolled by Koch industries or some such subsidiary.

The efforts to promote petroleum for fuel and other uses in America have been ramped up after the growing success of electric cars threaten to take over the market in the next few decades.

Rather than investing heavily in developing these technologies and gaining a massive amount of wealth that way, the Koch brothers are bound and determined to sabotage American progress in a desperate attempt to keep their oil interests relevant and flowing with cash.

Electric cars are currently only 1 percent of the U.S. market, but analysts expect that number to rise to 5 percent by 2025. At this point, investing in electric cars and technology isn’t just environmentally friendly, it’s anti-Koch advocacy!