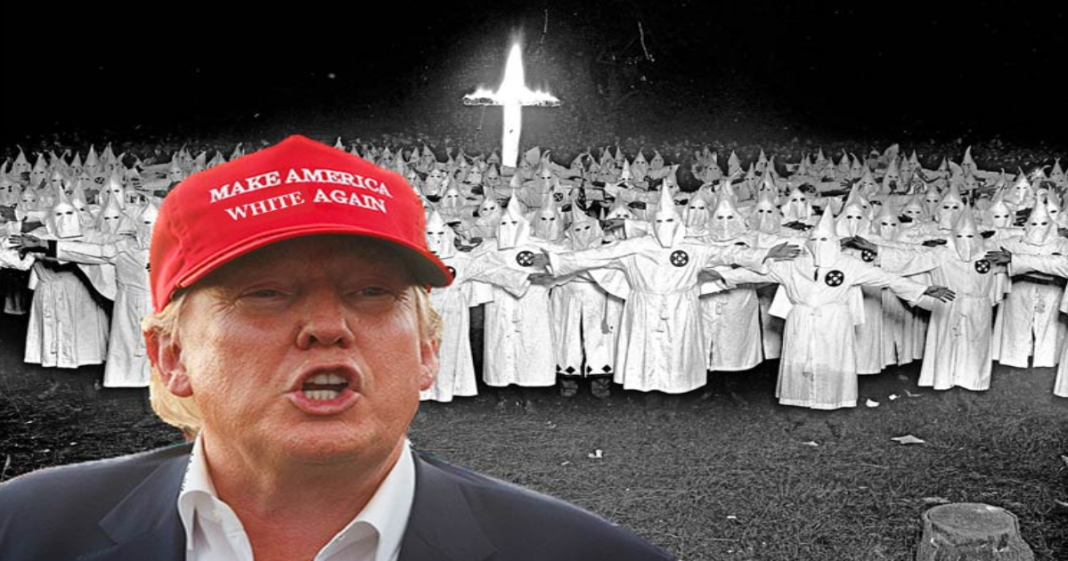 It turns out that those signs proclaiming that the “silent majority” supports Trump just might have a grain of truth to them as a report has concluded that the number of hate groups in the U.S. has leaped from 784 in 2014 to 892 in 2015.

More than ever, old white rednecks are feeling pressure from the rest of America gaining equal rights. Every time a LGBT man or woman finds happiness and freedom, a crotchety old man puts on that classic white pointy hat. Every time a black man or woman finds their way to a powerful position they worked hard for, a group of men in Florida gather in the woods to make nefarious plans and talk about the good old days.

The report, conducted by the Southern Poverty Law Center reported that these groups aren’t just peaceful groups of racists, rather, they are organizing and making anti-government plans while amassing stores of weapons and bombs.

It should come as no surprise that there is a great deal of white anger and hatred in America. If there weren’t, there would be no use for a bigot like Donald Trump in the 2016 race.