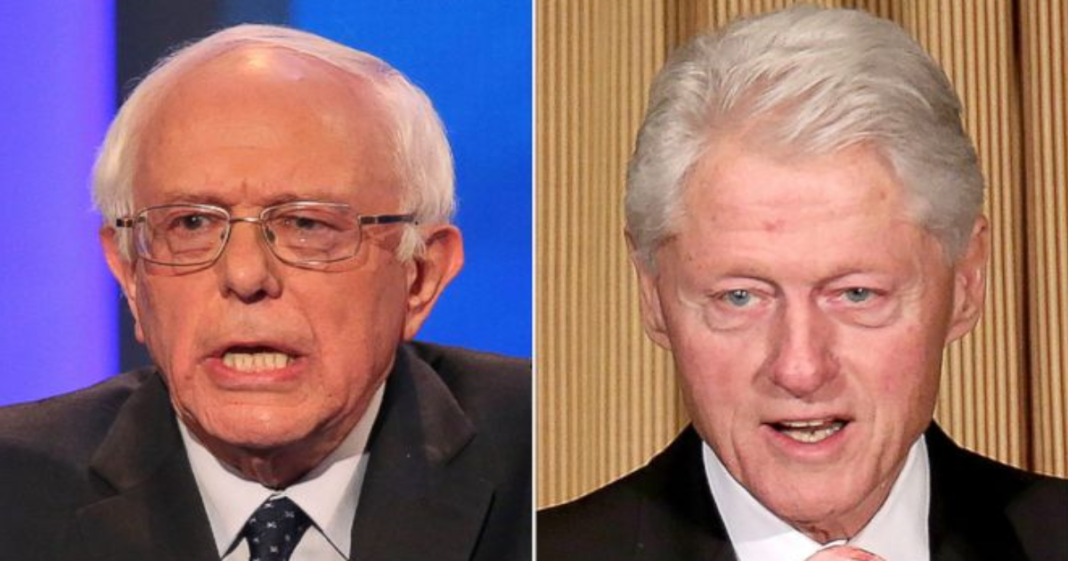 In recent weeks, Senator Bernie Sanders has been feeling the heat from more than just one Clinton during his run for the presidency. Candidate Hillary Clinton has brought both her daughter and husband onto the trail to stump for the candidate, though it seems like they have done more harm than good.

Chelsea Clinton flubbed last month when she accused Senator Sanders of wanting to take away medicare when in fact he openly and repeatedly has supported a gigantic expansion of the government program. Chelsea also recently questioned Sanders’ promise to reduce the incarceration rate, saying that the idea of those icky criminals her father imprisoned being set free made her a bit uncomfortable.

Democratic darling Bill Clinton has had better luck, but also has had his fair share of off-color remarks, saying that black people apparently don’t exist because we are all “mixed-race,” and saying that Bernie Sanders’ movement was not unlike the Tea Party movement of the far right.

On that last count, the Senator could not resist responding when he was asked by Mark Halperin whether or not he could see any similarities in the comparison Bill had made.

“No, there’s no comparison.”

“I think some of the things that President Clinton has been saying are unfortunate. I do understand, obviously, he’s trying to do his best to get his wife to win the nomination to become president. I understand that my wife is doing her best to try to get me to become president. But we should not be making silly remarks.”

But Bernie didn’t just stop there. During an interview with reporters on his campaign plane flying from Washington to Las Vegas on Thursday, Sanders lashed out at the former president Clinton.

“[Clinton] was the president who pushed this so-called welfare reform, which was absolutely disastrous for low-income people in general, and the African-American community in particular.”

Sanders is on shaky political ground making these sorts of attacks against a former president who so many Democrats love and revere. His arguments are legitimate and cut through the nostalgia many remember about the Clinton tenure, but if people refuse to hear the truth, they may revolt. Though Bernie Sanders has never been the sort of politician (or person) to back down from the truth for political convenience.