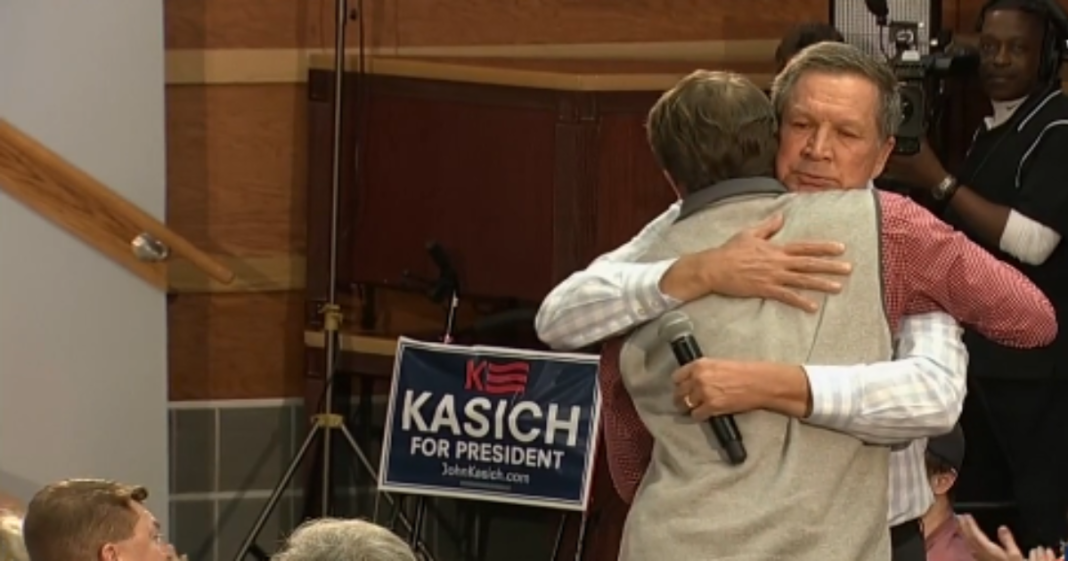 During a town hall even in South Carolina, Republican candidate John Kasich fielded a question from a young Georgia man who told the candidate that his campaign was giving him hope in a time when so much in his life had gone wrong.

The man fought tears as he explained the loss he had experienced before asking Kasich for a hug. Kasich embraced the man for a long time before returning to the stage to give a rousing speech about the true purpose of politicians at the heart of it all.

“We don’t have enough people that sit down and cry with that young man. Don’t you see that’s what it’s about?”

“As Americans, lets renew our spirit. Let’s care about one another and not be disconnected and together we will rise this country from a position of where we doubt to a position again of being Americans when we are so confident of the future for ourselves and for our children”

We may not agree with Kasich on his policy ideas, but anyone can see that he, unlike many of his Republican competitors, seems to genuinely care about the role he is trying to take on.