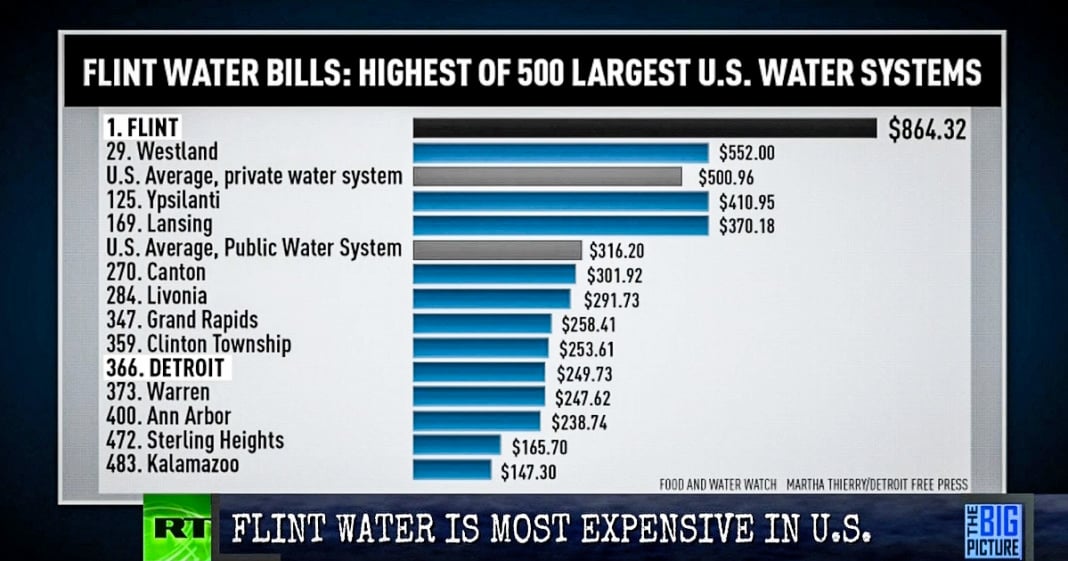 The residents of Flint are screwed and have been since at least 2014. Bernie Sanders recently called out politicians who are willing to spend money on war – but not on domestic infrastructure. And just days after he said that -Food and Water Watch released a new study showing that Flint residents pay the highest water rates in America – even though the water is poisoned. The report looked at the largest 500 water systems in the country – and found that on average – Flint resident paid about $864 a year for water service – which is nearly double the national average and about three and a half times more than what people in Detroit pay. Why are Flint’s water rates so high – even though the water is undrinkable? And what will it take to bring those costs down – and to give the people of Flint access to clean – affordable water?