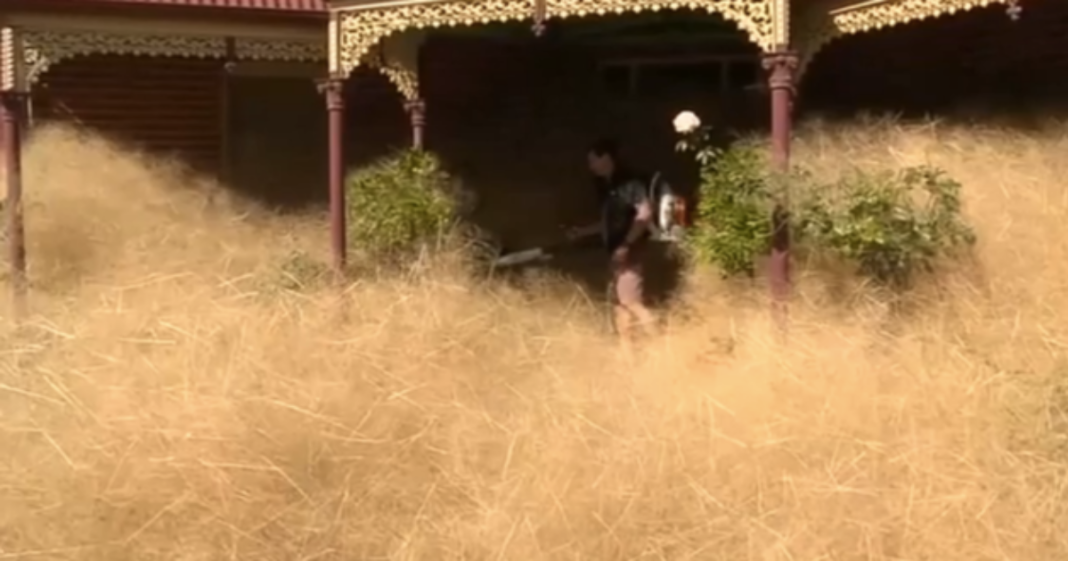 As the planet continues to experience milestone after milestone of strange weather patterns and symptoms of climate change, we should prepare ourselves for more freakishness to come.

In a small rural town of Wangaratta, Victoria, residents found themselves and their homes surrounded by a tumbleweed of sorts called “hairy panic.” The masses of tumbleweeds have grown to be the size of houses, creating a very “hairy” situation for residents who wish to clear the brush.

The weed is native to all parts of Australia, but its appearance has been exacerbated by the unusually dry conditions in the country.

Some residents are blaming the gigantic explosion on a nearby farmers paddock which they say he is not properly tending.  The city says that because the weed doesn’t pose a fire hazard, there isn’t much they are willing to do, though they are considering trying to use a large vacuum cleaner to suck up the debris.

While changes in weather aren’t a direct comment on climate change (weather and climate are two different things, after all), this unusual occurrence causes even the most skeptical climate-denier to scratch their head and wonder what in the world is so off-balance that these giant masses of weeds are overtaking Australian homes. Could this bizarre plant mass make its way to the dry lands of California or Texas next?

Watch this video of residents sharing their concerns about the giant masses of tumbleweeds.