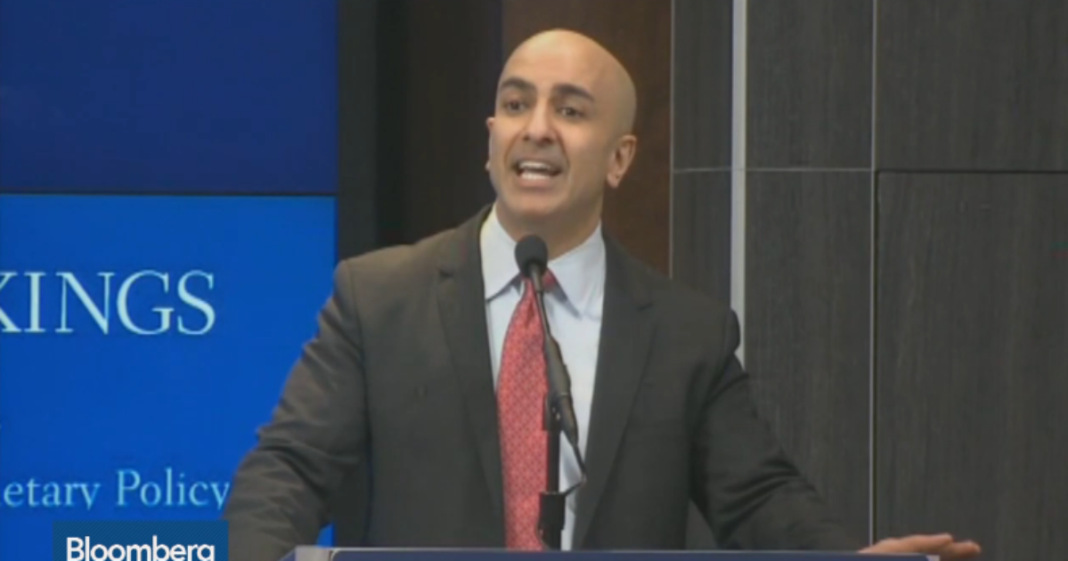 Neel Kashkari is one of the architects of the big bank bailout of 2008 which saved “too big to fail” banks on the taxpayers dime and allowed bankers to get away with mismanaging and recklessly endangering their own companies and the American economy. Kashkari has recently been made president of the Federal Reserve Bank of Minneapolis and is now calling for the breaking up of the banks he helped to save.

“The announcement I made this morning is not in response to an immediate risk that I see that is about to manifest itself. It’s the view that we have to make changes while markets are stable, while the economy is stable, so we are ready when the next wave comes. I’m arguing that now is the time we take those steps we need to take, because in my judgment the steps we’ve taken so far do not go far enough.

“Policymakers have been telling Congress, or maybe Congress has been telling the American people, that Dodd-Frank has solved too big to fail. And I’m saying I don’t believe it.”

Kashkari’s call to action is in conflict with longer established members of the Federal Reserve including Chair Janet Yellen. Republican congressmembers who are calling for less financial regulation rather than more of it would also be in opposition to Kashkari’s proposal.

Senator and presidential candidate Bernie Sanders has praised Kashkari for his proposal.

“Wall Street cannot continue to be an island unto itself, gambling trillions in risky financial instruments, making huge profits, assured that, if their schemes fail, the taxpayers will be there to bail them out.”