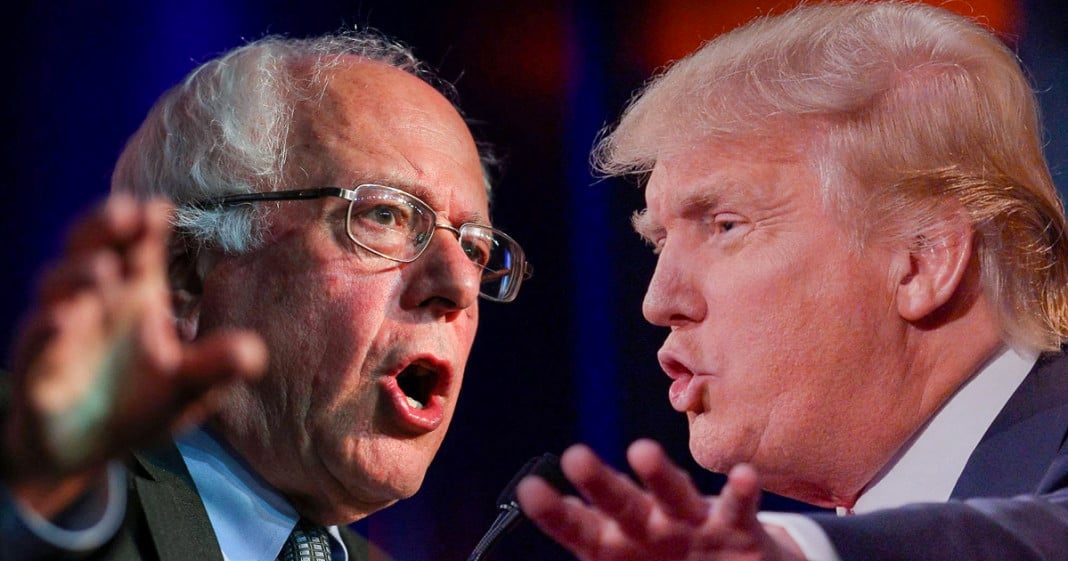 In recent weeks, Donald Trump has shifted his campaign strategy from far-right insanity to something that sounds a bit more sane – but why?

Trump has been attacked by conservatives for being what they call a “liberal Democrat” for opposing the Iraq war and blaming the Bush family for the whole fiasco. Trump has also made some veiled comments that he would be for universal healthcare as well as several other notably progressive Democrat ideas. It doesn’t help (or hurt? this is getting confusing) that Trump went on-record in years past saying that he was “strongly pro-choice.”

We’re all still trying to figure out Trump – are these his real views creeping into his fabricated Republican campaign, or is he trying to make himself more competitive for a general election run? Either way, even Trump is beginning to believe that he is Bernie Sanders and it is hilarious.

Maybe this, finally, will be the thing that brings him down in the polls?