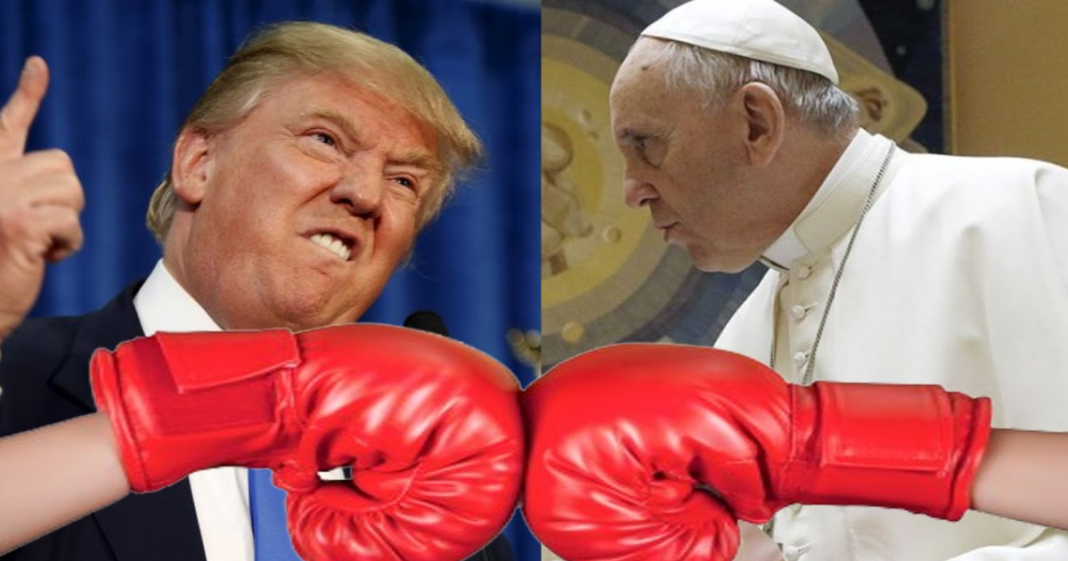 Pope Francis has made a comment here and there about American politics in recent months, but this comment from the Holy Father is the most scathing yet.

The Pope was asked what he thought of presidential Candidate Donald Trump shortly after the conclusion of his trip to Mexico on Wednesday.

“A person who thinks only about building walls, wherever they may be, and not building bridges, is not Christian.”

“I say only that this man is not Christian if he has said things like that. We must see if he said things in that way and in this I give the benefit of the doubt.”

Trump shortly issued a response to the Pope’s comments,

“For a religious leader to question a person’s faith is disgraceful. I am proud to be a Christian and as President I will not allow Christianity to be consistently attacked and weakened, unlike what is happening now, with our current President. No leader, especially a religious leader, should have the right to question another man’s religion or faith.”

The Pope also said that he would not directly appeal to Catholic voters to vote for or against Trump, but his position seems clear. Trump will go toe-to-toe with literally anyone, even the earthly mouthpiece of the Lord.

Trump says Pope will have "wished and prayed" I was president if ISIS attacks Vatican: https://t.co/zcC2hDbAZx https://t.co/CxBA9r4FnH