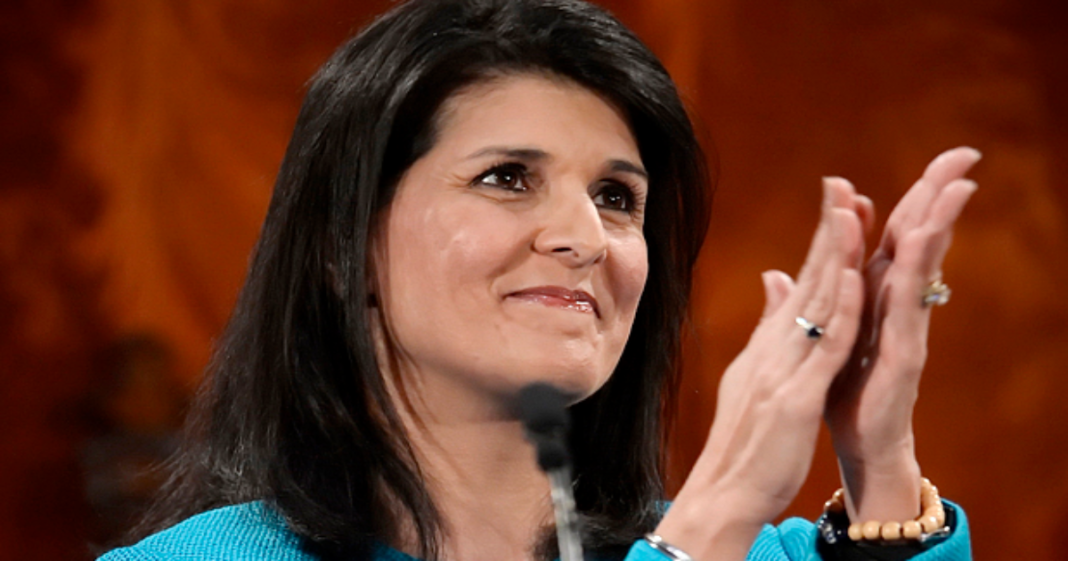 Popular Republican Governor Nikki Haley announced on Wednesday that she was putting her support behind Republican candidate Marco Rubio.

Other candidates were certainly hoping to gain the public favor of the key South Carolina Governor, with Jeb Bush remarking that Haley’s endorsement was one of the most important of the entire election. Of course Bush is used to disappointment by now.

Some were surprised that Haley gave Rubio her endorsement after having previously accusing him of being for amnesty. She later walked back those comments, so far back that she has now walked herself right into his campaign.

The Republican primary in South Carolina will be held on Saturday.

“I’m endorsing @marcorubio because this election is about the future. And the future is now.” – @nikkihaleyhttps://t.co/6R1zAZzQm2