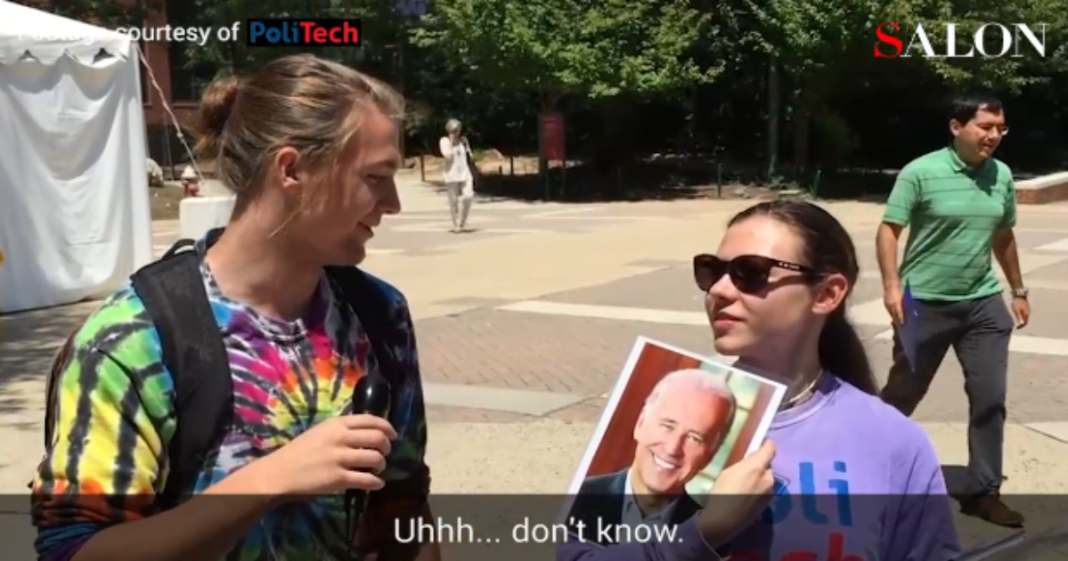 They’ve done it again! The Texas Tech political awareness group Politech have released yet another video of college students sounding woefully undereducated about politics in America, this time in photo form.

The group traveled to George Mason University, just outside of Washington D.C. where they showed unsuspecting students photos of Vice President Joe Biden and former President Richard Nixon. “Uhh” was the universal response from the gals and bros in the video as none featured could quite figure out who these old white guys were.

Of course, a “control” of sorts was then administered as students were shown a photo of celebrity Kim Kardashian, made famous by her “leaked” sex tapes and vapid reality show. Guess what? The students knew who she was instantly!

Of course there are a great deal of informed, educated students and young people in this country – this video just didn’t find any of them!