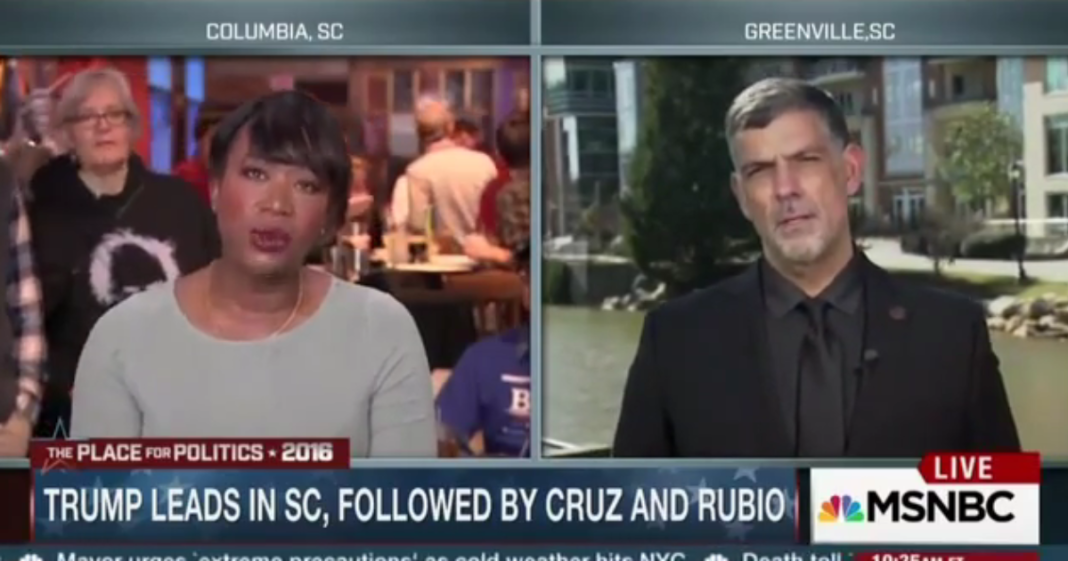 MSNBC brought on a spokesman of sorts for South Carolina evangelicals to discuss Ted Cruz’s religious affiliations and what effect that might have on his presidency.

Cruz Campaign Chairman and Pastor Mike Gonzalez spoke about Cruz’s strong evangelical roots and how he will bring his religious values to the forefront of his policy-making and governing.

“This idea of a separation of church and state is a myth,”

said Gonzalez, despite the fact that it absolutely is not. He got a bit of push-back from host Joy Reid who reminded Gonzalez just how non-mythical the separation really is.

Gonzalez doubled down on his stance on Cruz, saying that for his candidate, there is no separating government and faith.