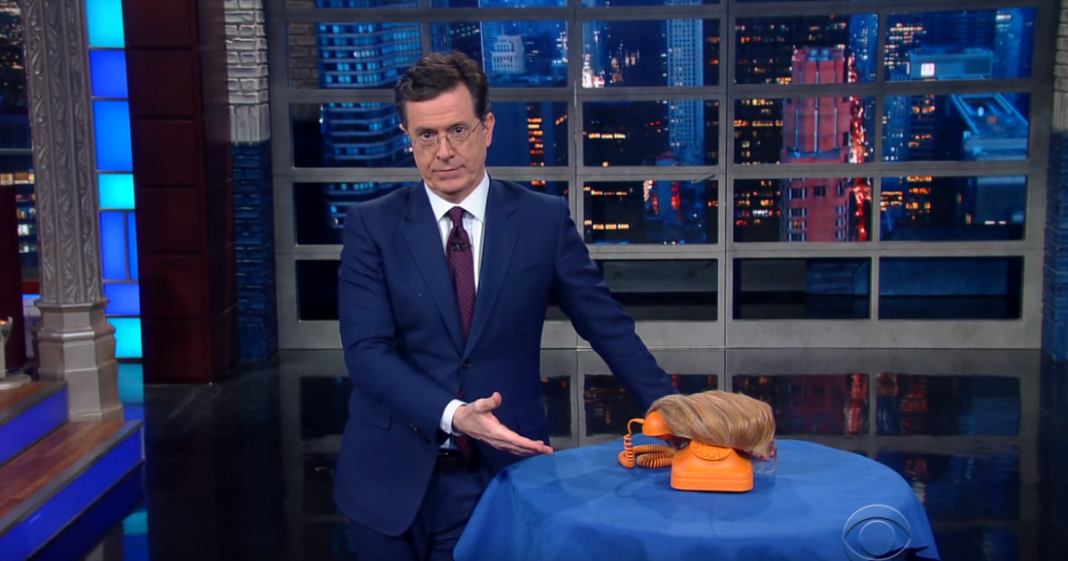 During a segment of “The Late Show,” Stephen Colbert challenged Donald Trump to call in to speak with the host. Just for such purposes, Colbert produced a bright orange phone topped with a yellow wig which shouted “Trump, Trump” instead of ringing.

“He’s running for President on the platform of opening his mouth and saying things.”

Just like Colbert called on Bernie Sanders to eat boiled peanuts to win South Carolina, Trump was asked to say the iconic southern word “Y’all” which sounded downright foreign coming from the mouth of the candidate.

“Please vote for me, y’all”