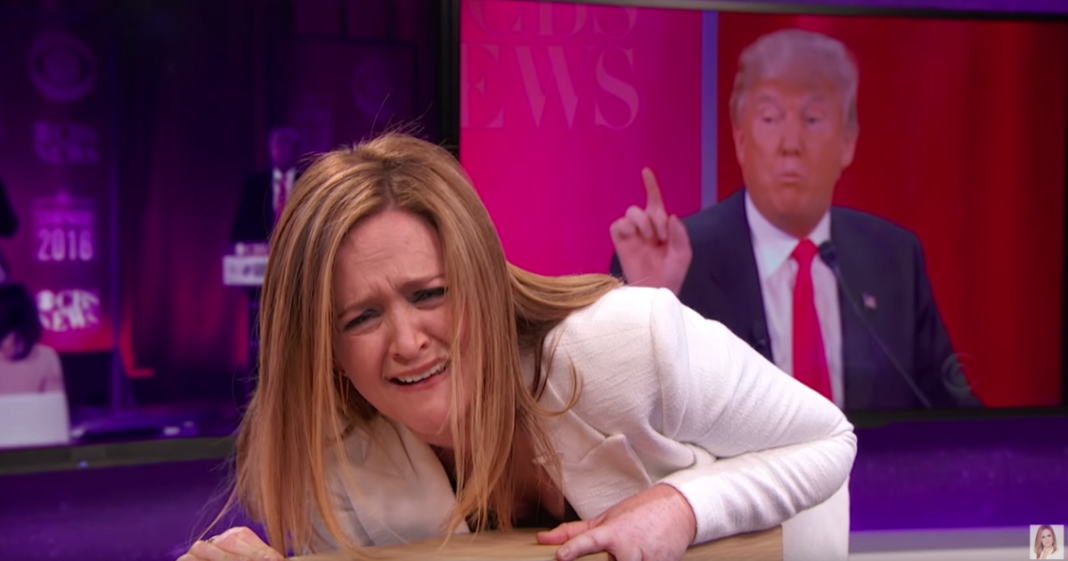 During Samantha Bee’s new show “Full Frontal,” she found herself saying something that she never though she would say: She agreed with Donald Trump!

It all started when Trump appeared to defend Planned Parenthood, the women’s health organization that is under constant attack from the GOP.

“Listen up, Creamsicle, we had a deal; You open your facehole, garbage spills out, I make jokes, I get to keep my comedy show. You’re not allowed to make sense!”

Things just kept getting more bizarre, however, as Trump criticized the Bush family by blaming George Bush and his lies for the Iraq war. While true, that is just not the sort of thing that a Republican candidate has been able to say and get away with, but as always, this is Trump we’re talking about here.

The clip ends with Bee laying prostrate, bemoaning the loss of her comedy show. And it had only just begun . . .