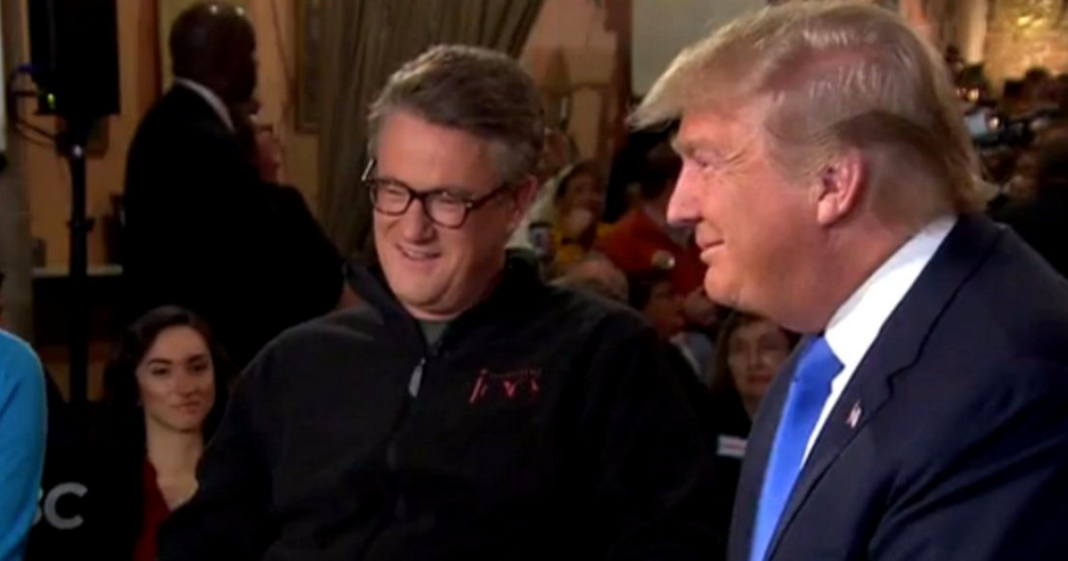 In a bizarre turn of events, MSNBC has announced that it will be hosting a Republican town hall with only one presidential candidate in attendance: The one and only Donald Trump.

The town hall, which Scarborough and Brzezinski will be moderating, was announced on Tuesday and will be held Wednesday evening. The event will air at the same time as CNN’s town hall events featuring Ted Cruz and Marco Rubio. CNN, unlike MSNBC, will have all six candidates for town hall events throughout the week.

Considering that there has already been a great deal of speculation that MSNBC was a bit too cozy with the hateful candidate, particularly from the station’s Conservative show “Morning Joe,” this exclusive event is causing many to wonder if MSNBC has really jumped on the Trump train after all.

“You’re supporters,” Trump said before clarifying a bit. “Not necessarily supporters but at least believers [in my campaign].”

Scarborough halfheartedly denied that support, saying that he was arguably the only reporter to have hung up on Trump on air.

Additionally, in an interview with Hugh Hewitt, Scarborough hesitated when asked if he would be Trump’s VP pick, but later clarified that of course he wasn’t interested.

There was also speculation that Scarborough met with Trump on the night of the primary in Trump’s hotel room with co-host Mika Brzezinski. Scarborough has denied these allegations.

There’s been no word from MSNBC about why the event will only host one candidate, or whether they even invited any other candidates to the event.

MSNBC is providing free, prime-time coverage of an extreme right-wing candidate on what was once a liberal media structure. No more.