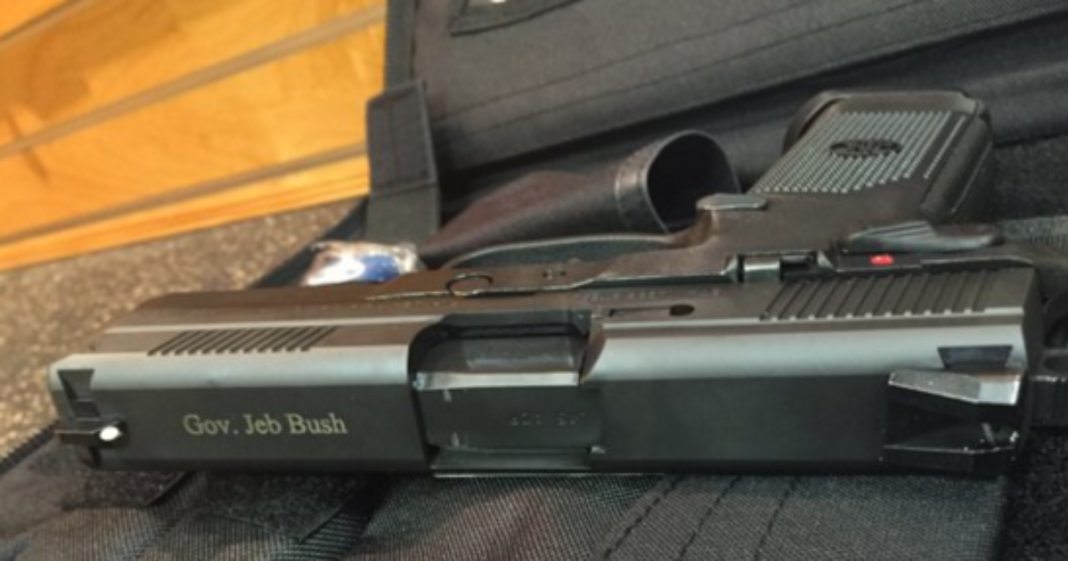 On Tuesday evening, presidential candidate Jeb Bush tweeted out a simple image of a handgun with “Gov. Jeb Bush” etched on the barrel. Along with the image, Bush captioned with a simple word: “America.”

Maybe Jeb is right. After all, as many as 88 people a day die from gun-related violence. Maybe this was Jeb’s poignant social commentary on gun violence in America and how his role as a politician and government official is etched on those lives lost?

This tweet is perhaps the most shameful, disgusting and repulsive statement ever made by a candidate for President. https://t.co/LWEvRu9c7W