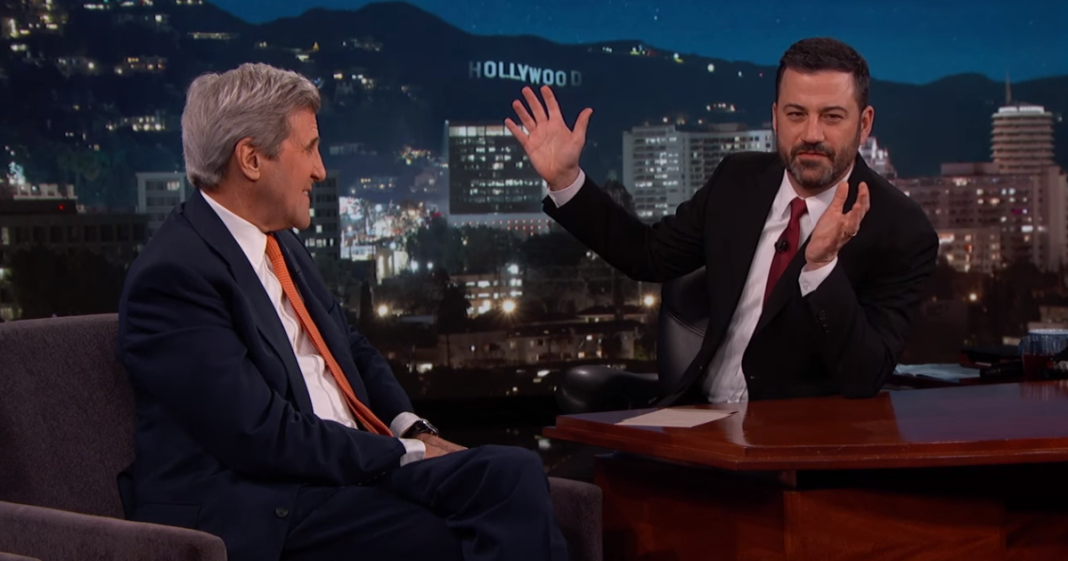 Secretary of State John Kerry made an appearance on “Jimmy Kimmel Live” to talk about his role in government and the state of American politics.

Kimmel asked Kerry whether or not he heard much from foreign nations and leaders about Donald Trump’s divisive anti-Muslim comments that gained so much attention in 2015.

“You get feedback as you visit other countries. People who say, ‘whats going on with this Donald Trump? Is he really going to ban the Muslims from coming into the country?’ Do you hear about that stuff from people?”

“I hear about it everywhere. And I think next year the White House will be sending out a lot less Christmas cards.”

Kimmel countered that if Trump were to be in the White House, he would send out solely Christmas Cards per his promises around the 2015 holiday season.