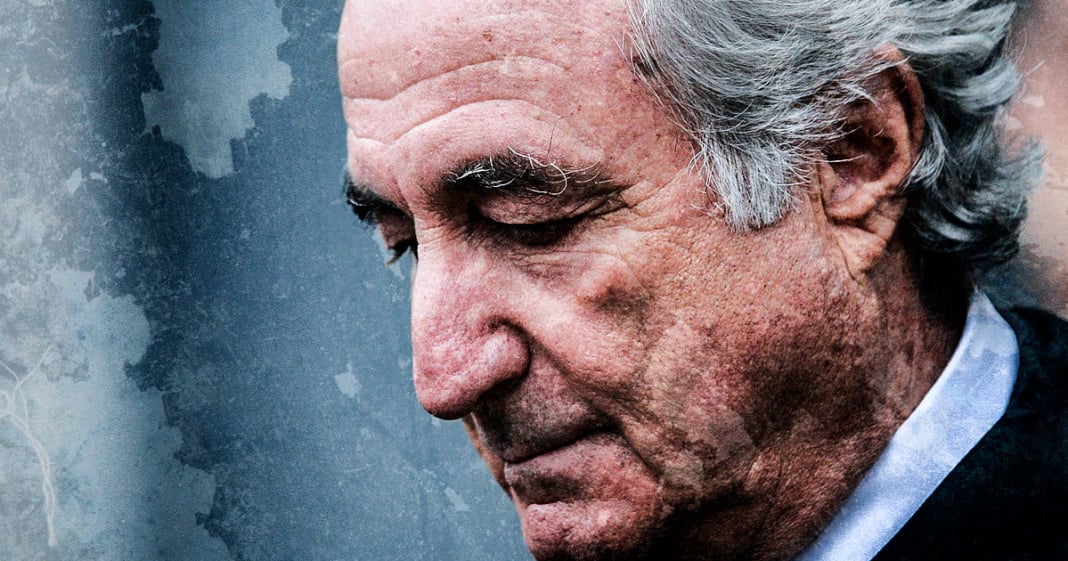 The latest Bernie Madoff crime spree recap should scare the hell out of all of us. Not only because Bernie Madoff is the prototype exhibit “A” of most of the Wall Street crime syndicate but more importantly because the government agencies who are supposed to be monitoring and jailing these Wall Street criminals are shown to be a complete passel of buffoons

Understand that this Wall Street cabal of white-collar criminals placed Bernie Madoff in the position of chairman of NASDAQ for two terms. The Wall Street thugs who decided that Madoff was truly an honest skillful humanitarian leader had already been placed on notice that their Wall Street idol was probably involved with one of the largest Ponzi schemes (that we at least know about) that was taking place right before the eyes of the SEC / and a half a dozen other government agencies.

Madoff stole $65 billion from mom and pop investors, charities, and pension programs. The batch of thugs in charge of the SEC had clear information as early as 1992 showing them all of the trappings of a classic and refined Ponzi scheme.

In fact, by as early as 1992 the SEC had enough details to lead a blind monkey to the conclusion that Bernie Madoff was a two bit criminal con man.

The most extensive reports that revealed the level of rank incompetence in the SEC had to conclude that the failure of several government agencies had nothing to do with underfunding or understaffing. It had everything to do with sheer stupidity and incompetence. The agencies ignored numerous roadmaps that had been sent to them by other hedge fund managers completely and in detail laying out the heart of the fraud that the Madoff predator had been using. Volumes of detailed information had been supplied to them. There was no guesswork. Simple statistics showed it all.

As incredible as my next statement may seem, it is the absolute truth. Bernie Madoff and his Ponzi scheme could have been uncovered with one simple telephone call to an organization called the Depository Trust Company. That is an organization that monitors trades that were supposedly made by Bernie Madoff. That one call would have clearly shown that Madoff was not making the trades that he was fabricating on behalf of his victims.

The SEC had asked Madoff to give them the secret essential trade number that he was supposedly using with the DTC and Madoff gave a room full of the buffoonish investigators a completely fraudulent number that could have been uncovered with one simple telephone call.

Madoff later confessed that he expected to be arrested the day after he gave that clown car of SEC types his fraudulent number. However, in a show of extraordinary incompetence, not one of the 4th rate SEC investigators in that room took five minutes to call the DTC.

The best apology that the mom-and-pop investors, charities, and retirement plan managers could get from the SEC was the weak and pathetic statement by the SEC chairman Mary Schapiro that it was “a failure they regret.” Ya think?

In the end it was journalists, academics, and competitors that finally drove Madoff to having to confess his fraud. Without that confession, in light of the rank incompetence of the SEC, it is likely that to this day Bernie Madoff would still be stealing billions of dollars from American consumers.

The next time you’re asked, “why does it matter that Hillary Clinton has been paid millions of dollars in campaign money from Wall Street?”… you might consider that the Madoff quality Wall Street thugs, for decades, have played the SEC and other financial regulators like a cheap violin. That’s because until Elizabeth Warren, Bernie Sanders, Alan Grayson, and Sheldon Whitehouse began drawing a line in the sand about Wall Street misconduct, we haven’t had a president or administration that has paid attention to the destruction caused by the Wall Street criminal cabal since FDR. There are plenty of Madoffs – Not behind bars – still stealing – still preying on charities, pension programs and mom and pop investors – that some administration, some time needs to gain control over. At this point, that person is clearly not Hillary Clinton.