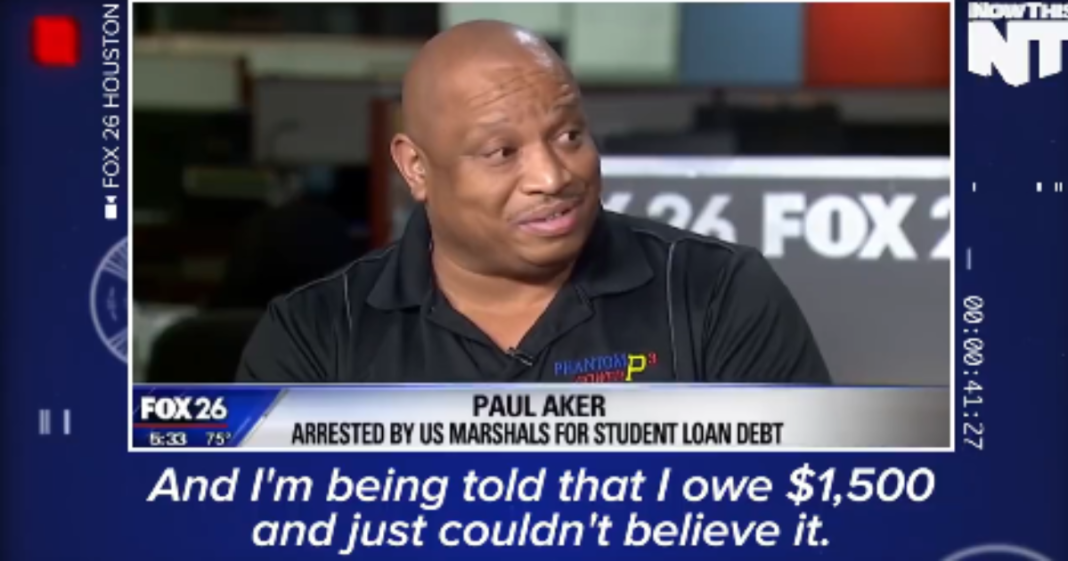 A Houston resident reported that he was arrested and escorted by seven armed U.S. Marshals for failing to pay a $1,500 student loan that the man had received in 1987. The man claimed that he was not sent any notices or requests for payment, but was simply blindsided by the arrest.

The man also claimed that he was not read his rights and was held for an hour in a cell before being brought before a judge. He was ordered to pay the loan plus accrued interest, as well as paying for the expenses involved in arresting and holding him.

Since this story’s initial reporting, the U.S. Marshal Service has released a statement saying that the man was aware that there was a warrant for his arrest and that he had previous refused to show for a hearing which caused the escalated situation.

With millions of Americans dealing with student loan debt for decades, it is important to know that the U.S. Justice system is willing to take this kind of action.

U.S. Marshals Are Arresting People Who Have Unpaid Student LoansU.S. marshals are arresting people for not paying their student loans