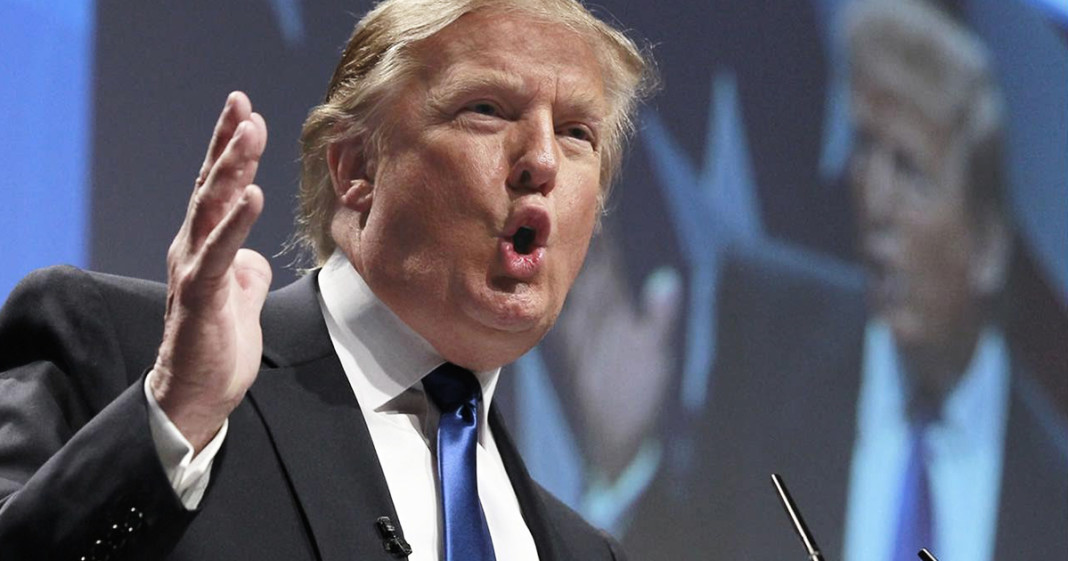 Apparently, promises don’t mean much to presidential candidate Donald Trump who recently told the RNC that if the Republican party does not publicly denounce Ted Cruz for his attack ads on Trump, he is able to renege on his Republican pledge to not run as an independent.

Trump claims that the GOP’s silence on these attacks is a violation of that agreement because Trump claims he made the promise under the condition that the RNC treats Trump “fairly.” Trump is particularly upset that recent Cruz ads have claimed that Trump plans to violate and dismantle the Second Amendment, is in favor of Obamacare and is in favor of abortion.

“One of the ways I can fight back is to bring a lawsuit against him relative to the fact that he was born in Canada and therefore cannot be President. If he doesn’t take down his false ads and retract his lies, I will do so immediately. Additionally, the RNC should intervene and if they don’t they are in default of their pledge to me.”

Trump absolutely cannot be controlled by the Republican party and they are completely terrified of what he can do. If he runs as an Independent, the race is over and the victor is Democrats. Can’t say we mind that.