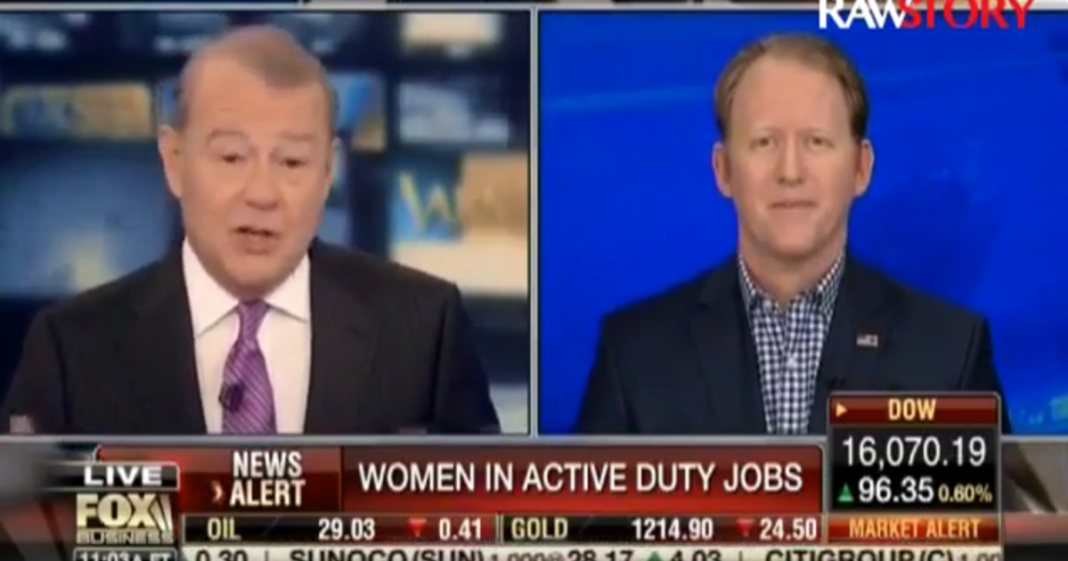 Stuart Varney, a man who willingly admits that he knows absolutely nothing about war or combat brought on a former Navy Seal, Rob O’Neill, to discuss women being allowed in all aspects of the armed forces including Spec Ops.

O’Neill, who has the distinct honor of being the person who assassinated Osama bin Laden, was invited on to speak about the subject because Varney, it would appear, respected the man’s opinion and expected him to agree with the right wing talking points. Varney would have no such luck.

“I’ve never been in combat. I don’t understand combat. But you’re telling me you’re perfectly ok going in a life or death situation with a woman by your side?”

Varney seemed to laugh at the idea.

Varney still wasn’t convinced and tried to make some sort of evolutionary distinction between men as hunters and women as gatherers as if that has any bearing on whether or not a woman can faithfully serve. If that argument were valid, women would still be stuck in the home caring for children rather than working and pursuing careers.

The reality is, that as the Seal suggested, women should be allowed to participate in anything they can reach the benchmarks in. These programs have extremely difficult qualifications, and no one who is educated about the military or women’s rights has suggested that standards be lowered for anyone.

When people like Varney, who have no experience with either being in the military or being a woman, pretend that they understand what’s best, it sets everyone back. If Varney truly feels that women shouldn’t have a role in these special forces, maybe he should step up and try to do the job he doesn’t want these women doing. In the meantime, he can continue to sit back and make sexist claims about brave women who only want to protect and serve.