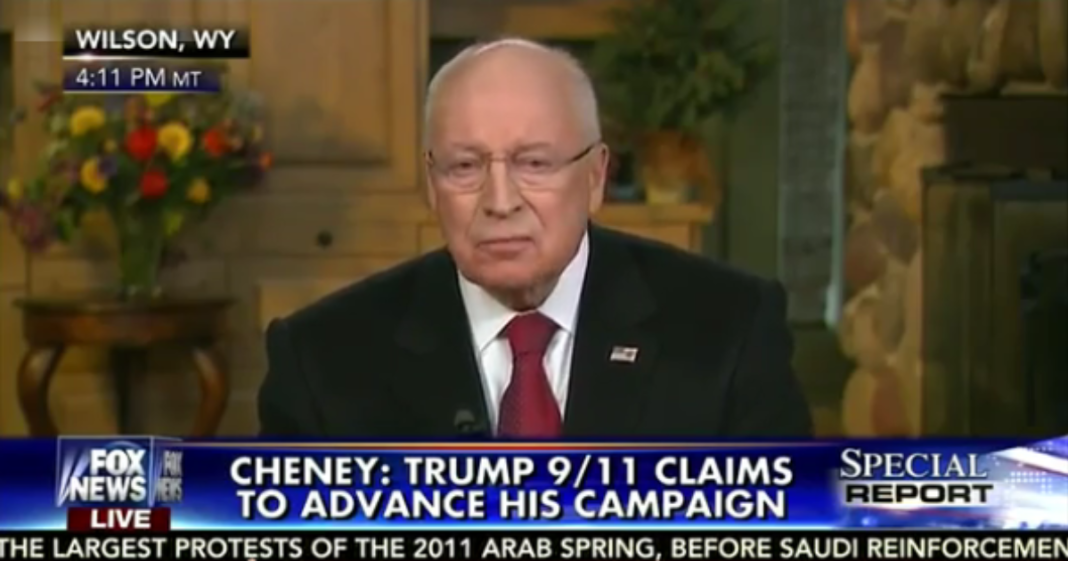 Republicans have continually had to face the monster of Frankenstein they created by enabling and dismissing Donald Trump, most recently when Trump accused the Bush family of knowingly misleading the American people about weapons of mass destruction and the Iraq war.

During Saturday’s debate, Trump made the claim in an attempt to smear Jeb Bush, saying that his brother knew that Iraq didn’t have any nuclear weapons.

Dick Cheney, warmonger #1, responded to Trump’s allegation by accusing him of being a liberal.

“It’s a disappointment, frankly, that he’s acting that way. I think it’s misleading for him to campaign on that basis.”

Hey hey hey, Cheney, you can call Trump anything you want but don’t you put him on our side.