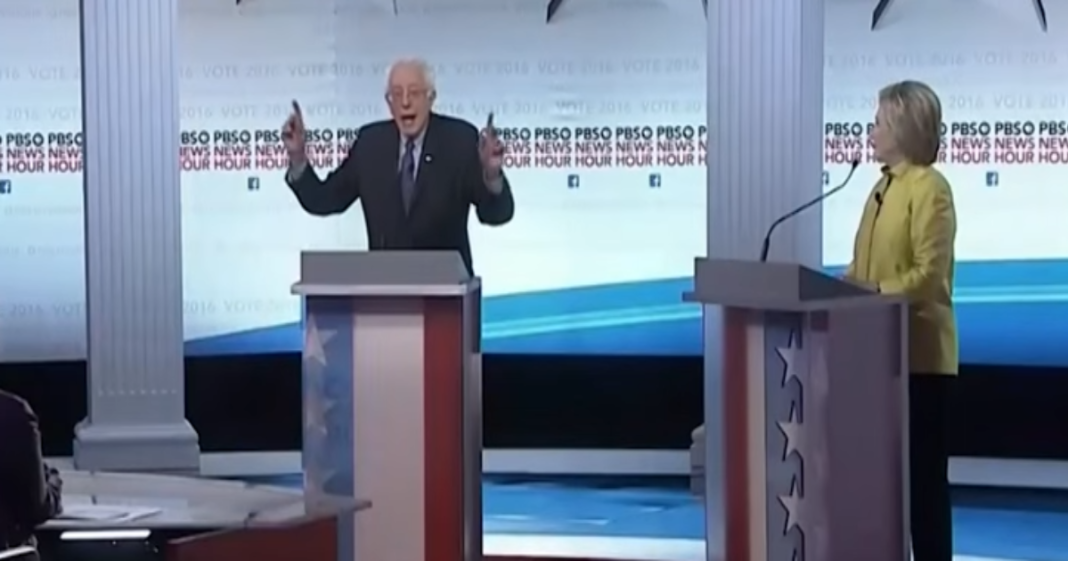 The second episode of Samantha Bee’s “Full Frontal” aired on Monday, and among the many topics including Scalia’s death and the GOP debate, Bee also talked about the less exciting Democratic debate, where she reported that things were a bit more “high brow.”

As we have reported, there was quite a bit of buzz around Bernie Sanders’ frequent hand and arm movements during Thursday’s debate, but Bee took a unique angle. Instead of portraying the Senator asking for his check, please, “Full Frontal” showed Maestro Bernie in the “Debate Philharmonic.”