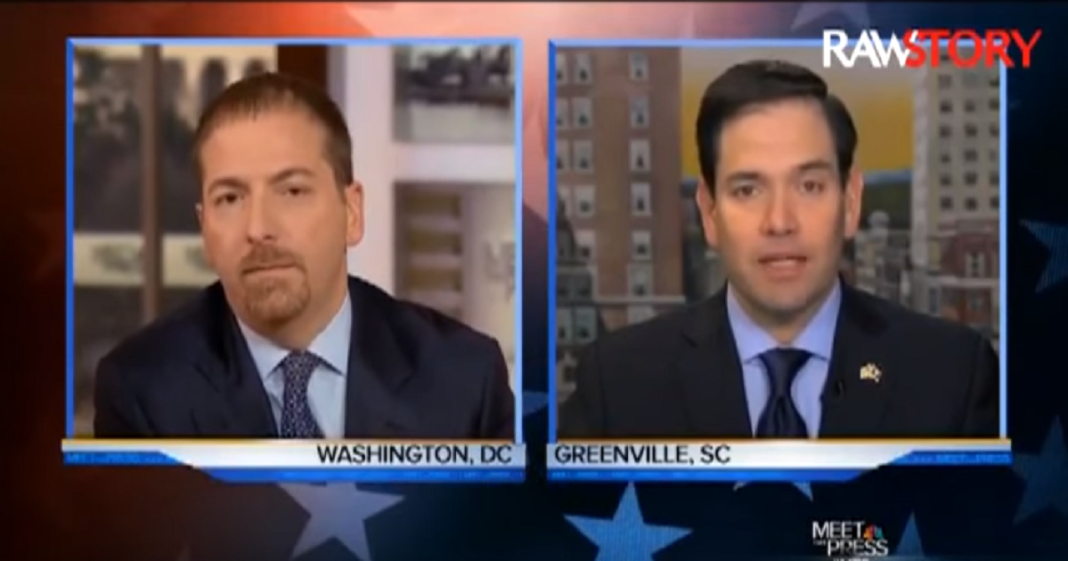 Marco Rubio, along with several other presidential candidates and Republican congressman are hell-bent on preventing President Obama from carrying out his constitutional duties to nominate a replacement for the recently deceased Justice Scalia.

Rubio appeared several times on CNN on Saturday and Sunday to share his view that he feels it is improper for a president with 11 months left in his term to elect a lifetime nominee to the courts.

“In the last year of a president’s term, in his second term especially, there should not be Supreme Court nominees put into lifetime positions for a president that you’re not going to hold accountable at the ballot box.”

Host Chuck Todd came up with an important follow up question to that line of thinking,